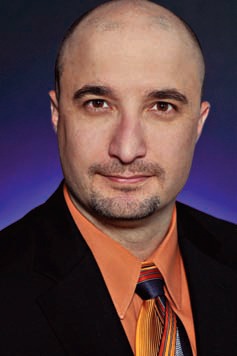 The Cordish Companies’ Maryland Live! Casino opened last June, and has been doing record numbers for a state casino. More than 7,000 people jam into the casino every weekend to enjoy nearly 5,000 slot machines and continuous entertainment. But November’s legalization of 24-hour gaming and the addition of table games promise to make Maryland Live! even more successful. Rob Norton has been leading the project since day one, and sat down with GGB Publisher Roger Gros in late November at Maryland Live! to talk about the impact of those new developments, as well as how the casino has performed in the marketplace. He also talks about the sixth casino to be built in Prince George’s County and how that may impact the property. In the podcast of the interview, available online at GGBNews/podcast.com, he also discusses the Cordish proposal to add a second casino in Philadelphia, hiring more employees, and the attention Cordish Companies and Maryland Live! have been receiving from competitors and potential partners alike.

GGB: How has the property been performing since opening day? Where in the range of the original projections has it actually landed?

Is the market coming from the areas you expected it to come from, as well?

You had no database at the start. Have you been able to build it up quickly?

We’re closing in on 300,000 people in the database already, and it’s growing healthy every month still. And that actually started to increase again recently. So, again, right on track. And we were pleasantly surprised, in addition, by the use of our online play-for-free site to help us drive those numbers prior to opening, and we’re still getting some impressive data from that site.

With a 67 percent tax rate, the incentives you can give are somewhat limited, compared to some of the lower tax-rate regions. How are you working around that?

So, I think we stand up very well when we compare ourselves to that group, as far as the reinvestment levels of our patrons.

Let’s talk about a couple of the issues that came up during the election. The sixth casino in Prince George’s County was approved, which will cut off the Washington, D.C. market a little bit. How are you going to handle that?

From my point of view, regardless of whether we wanted it or didn’t want it, we had to plan for it. So we’ve been working on how we’ll react for four months already. So, what happened in the passing of Question 7 was the approval of 24-hour gaming, the addition of table games, the owning of slot machines, and the addition of the Prince George’s casino, and they occur in that order.

With 24-hour gaming, we started the additional staffing models right away and will roll out 24-hour gaming 30 days past the official canvass of votes. We expect that to be somewhere between mid-December and mid-January.

The next thing that occurs is table games. The state regulators have been working on regulations now for months. Similar to us, they’ve been preparing, knowing what was coming. They’ve worked with us, and we’ll have a set of rules to play by. With that, we’ve already started the recruiting effort. We’ve already started talking to potential dealer school candidates. We have a job fair starting as early as this week. And we will be starting our dealer school on January 7. We hope the tables will be introduced late in the first quarter or early in the second quarter of 2013.

And we will also own the slot machines. In fact, when that happens in 2015, we’re going to work through those plans with the state.

The Prince George’s County casino is expected to open in 2016, and you know, we are in heavy discussions and strategy on what that means to us at this point. But that’s a long way off right now.

David Cordish mentioned a possible hotel here on the property, at some point, as well?

When a developer like the Cordish Company does a site, you master-plan it out. And so the site was master-planned for additional amenities that weren’t included in this phase of the operation. And there were many discussions early on of what would trigger what event. The legalization of table games was a possible trigger for some of these things. Nothing’s been locked in, but if we do decide to move forward on a hotel and convention center, you can rest assured that the product that’s delivered from development by the Cordish Company is something that people will be very proud of, and it’s an exciting opportunity.