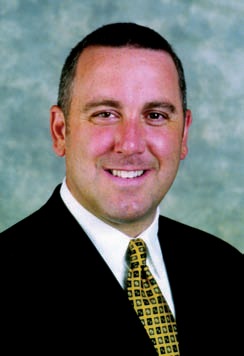 When four casinos were approved for Ohio in 2009, Penn National Gaming and a partnership between Dan Gilbert and Caesars were each awarded two licenses. Hollywood Casino Toledo was Penn’s first entry into the state. Richard St. Jean, who comes to Penn following a 16-year career with Station Casinos, understands the locals market and customer service. Hollywood Casino Toledo directly competes with the Detroit area casinos, so capturing the locals market is crucial. He spoke with Global Gaming Business Publisher Roger Gros at his office in Toledo in December. A full podcast of this interview, which includes comments on the food-and-beverage outlets by F&B VP Mark Guastella, can be accessed at GGBNews.com/podcast.

GGB: You have been open for about six months now. How has it been performing during that period?

Richard St. Jean: Each time we open a property, the projections are realistic and the flow of business, from the onset, is very typical. We had a huge influx in the first month or two, then we have a settling down that is also impacted by seasonality, so it’s also determined based on the part of the year you open up. And then we really tend to gradually slow down over the course of the year. Within the first 12 months, as the database is growing and the loyalty rewards program grows, I can tell you that we’re up north of 250,000 accounts to date, which is very, very impressive.

The Detroit casinos say that about 5 percent of their market came from this northeast Ohio region. Is that your market? Where are the people coming from?

About a third of our database comes from southeast Michigan, as far as Ann Arbor, up to Detroit, which is a relatively small dent when you compare it to the overall population in Detroit. We go east about as far as Sandusky, which is a natural breakpoint with Cleveland, and as south as Findlay, and then we’re starting to tap into Fort Wayne a little bit too. But, setting Detroit aside, we’ve virtually monopolistic here in northeast Ohio. We’re also pleased to see that the impact has been much less than what I think everyone expected in Detroit; they’re seeing about a 2 percent decline from our property opening to date. So, I think we’ve really seen great organic growth.

What’s your mix between slots and table game revenues?

It’s a pretty much typical spread between slots, table games, and the poker room. It’s somewhere in the neighborhood of 85 percent slots, 15 percent table games.

What kind of development plans do you have for this property? Right now it’s just a casino, with some nice food and beverage amenities. Are there other plans?

The property was master-planned for a hotel and a small banquet facility. As far as the date when we expect to pull the trigger, that hasn’t been determined at this point. We do have the capability to add another thousand slot machines to the floor. Although we started with just over 2,000 games, we can take that up to 3,000 as demand continues to grow. I think we have the right number of restaurant seats ratio to gaming positions.

You’re competing against full-scale casinos in Detroit and Windsor. Does that put you at somewhat of a disadvantage, or is this a different market?

Those are destination resorts, all with a hotel component. So that does make a difference. But we think that being a non-smoking facility is attractive to some. And we expect to add entertainment, which is something that we can do here, like a summer concert series outside. So with the addition of a hotel, I think that would change the dynamic somewhat. But right now, we’re a day-tripper property.

You mentioned early on the revenues have declined after going up in the beginning. That’s a little bit unusual in new jurisdictions, because they seem to go up pretty steadily for the first year, or even two years. Why do you think that that’s happened so quickly here?

Part of what we’ve seen in Ohio is that players are not real sophisticated gamers. Much like when Missouri came online years ago, people had to learn how to game. And that’s a lot of what we’re seeing here. And it’s very evident in the type of product they play; they tend to gravitate towards reels versus video poker, or the video reels, which is a much newer game. So you see it in the gaming pattern. It’s one reason we’ve experienced a softening, because it is a new jurisdiction, and we think that over time, as the customers get more comfortable and understand the games, etc., that continues to grow, in conjunction with our rewards program. What’s buoyed that to a degree is a third of the play that we get out of Michigan.

You have much experience with Station Casinos in Vegas, of course, the king of the locals market. Are there some similarities to this market?

There are some similarities. Obviously, Las Vegas is a much more competitive market, when you talk about the locals market. But there are some nuances. What we learned at Stations years ago, it’s all about service, taking care of the customers, and properly rewarding the right guests. And that is the formula we use. We manage this very much like a locals market, but the difference is, instead of a three- to five-mile radius, we’re a 30- to 90-mile radius. So, that’s why the big difference.