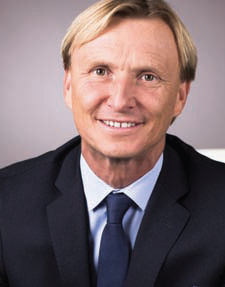 NetEnt was one of the first corporate entities to get involved in iGaming back in 1996. As in its infancy, the company concentrates on “better gaming” by emphasizing a cutting-edge platform and entertaining games. Per Eriksson was appointed president and CEO in 2012, and has led the company in a U.S. expansion. Eriksson spoke with GGB Publisher Roger Gros from his offices in Stockholm.

Global Gaming Business: NetEnt started during the infancy of iGaming. How did the company grow and evolve with the industry?

Eriksson: The company was founded in 1996. The founder, Pontus Lindwall, was brought up in a casino family. His father owned a company called Cherry, and they had a big portion of the land-based markets in the Nordics. So, when the internet became available, he realized it was a fantastic tool. Just imagine, instead of having a physical casino, you can reach out to everyone, everywhere in the world. So, that vision has been part of our success from the very, very start.

In the beginning, the regulations surrounding iGaming were either very spare or even nonexistent. But NetEnt has always navigated those waters very skillfully. What did you have to do to make sure that you always stayed on the right side of the regulations in those days?

From the very beginning, we saw that this is such a great opportunity, it’s important to really try to do it right, instead of taking any chances. Even though there was a lot of money out there, the best thing is to do it right—as right as you can do it when there’s no clear regulation.

NetEnt games have the potential to cross over from online to land-based. How do you see that happening?

In the U.K., we have William Hill shops all around the country. You can get NetEnt games on slot machines or video terminals there. So, that’s the start for us. They’re getting more into land-based. But our main focus is still online.

NetEnt also has games in the New Jersey online casinos. Have they been successful?

Why did you decide to come into the U.S. at this time, with just three states active in iGaming?

We see ourselves as pioneers. We were in the U.S. before it was banned in 2006. We pulled out immediately at that point, but at that time, it was the biggest iGaming market in the world. The potential is still there. So now, when it starts to open up again, we want to be part of it, and make sure that we do it the right way. And that’s also why we pulled out immediately when it was banned, so therefore, it was not hard for us to get into New Jersey. We think that we are very well-positioned for success in the U.S.

We have decided to be in casino only, just to make sure that we stay focused and that we are best in class in what we do. Even if it’s tempting, we resist, so far. There’s so much potential in the casino market, so, it’s better to be there only. There might come a day in the future, but not in the near future.

NetEnt has been very aggressive recently in signing some impressive branded games, like Jimi Hendrix, Guns N’ Roses and others. What’s behind that strategy?

We think a good way of getting recognition for our casino games is with popular brands. This year we have Guns N’ Roses and Jimi Hendrix, and we also will debut Motorhead shortly. Prior to these, we’ve had South Park, and film titles like Scarface, Alien, and so on.

So, we’re trying different types of branded games, to see what fits best and also for the players to enjoy. It’s great fun; we were so happy when we were able to sign these titles, because it’s very emotional. Most people like the bands, and new players are coming into the casinos that offer them to play.

Your second-quarter report was very impressive—more than 30 percent increases in the revenue, net profit and operating margin. How does that happen?

It starts with our corporate culture. We have people from 47 different countries working in NetEnt. We want people from all over the world to be part of NetEnt, so that we get influences from everywhere—because we believe very much in diversity, and because that diversity creates so much creativity.

We see ourselves as the leaders in the iGaming casino industry, and you need to push yourself all the time; otherwise, someone will come and be better than you in the future. We need to see ourselves in a different view, so that we can become better in what we do. And of course, we are launching new types of games, we are entering new markets. We are opening new offices, and we are expanding around the world.