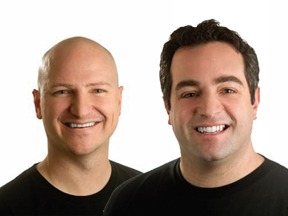 The role of revenue management is becoming more important in today’s competitive casino environment. Patrick Bosworth and Marco Benvenuti have been working at improving this function for many years with companies such as Caesars Entertainment and Wynn Resorts. Several years ago, they started Duetto Consulting, a company built to help smaller casinos perform this task, but now have launched Duetto Research complete with an innovative software platform. They spoke with GGB Publisher Roger Gros at the Duetto offices in Las Vegas in June. To hear a full podcast of this interview, including how they work with clients and what the results have been, visit ggbmagazine.com.

GGB: You were working for the one of the largest and best gaming companies in the world, but you decided to leave and start your own business. What was the reasoning behind that decision?

Patrick Bosworth: It was twofold. One is we knew that we were doing very interesting work at the Wynn organization, but we knew that there were also opportunities to go have a broader impact on the entire industry rather than a single company.

Marco Benvenuti: It’s interesting when you are on the other side, and you’re working for a big gaming company, for big hotels, big resorts. You buy technology and you use technology, and you really see a niche. And that is the niche that we are in—revenue management, revenue strategy, distribution—where none of the existing technology was really overwhelming us. That’s when you understand that there is an opportunity to do something.

How did Duetto Research get started?

Benvenuti: Our customer success team became the natural transition of Duetto Consulting and everything we learned from that. And AJ Jenveja, who was working with us in Duetto Consulting, now is in charge of the customer success team here, so there is a nice continuation there because we do have still to provide professional services to our current customers with the software.

But the goal is to help the industry. At the beginning we were trying to see if we could be of help to some of the existing technology companies to move to the next level, and when we found that was not possible, we started developing our own tools that were Excel-based for the various casinos that we had as clients. We realized that we potentially had a product in our hand, if only we found, of course, a technical co-founder at that point that could translate what I wrote in Excel into a real, modern, multi-tenant cloud, web-based application. That’s when we met Craig Weissman, and that’s how things started becoming real software.

Craig is your chief technology officer. What did he bring to the table?

Bosworth: I think what we’ve seen with the reincarnation of Duetto as a technology business is that we’re bringing the best of the Silicon Valley technology industry with hopefully leading-edge thinking from the hotel and the gaming industry as well, and Craig in his former role as chief technology officer of salesforce.com really led the globe in cloud computing. They were the first cloud company, they were the first software-as-a-service business to hit scale, and they really trailblazed what is now a very large and growing part of the software industry, globally. And so, it was a bit of a coup for us to get him interested. He had spent his career in horizontal platforms, where you build a piece of software that serves telecom, banking, retail, everything. And he was looking to go into a particular vertical platform of what he refers to as meat-and-potatoes industry, that has antiquated technology, and help change the game in a large vertical. Well, when you look at the global hospitality industry, that’s a very, very large vertical.

Have you been focusing on hospitality for the last few years because it is easier to do that without the complexities of the casino being added in?

Bosworth: That’s right. We’ve had a couple of casinos already using the product even before we launched our casino focus product, which is called GameChanger. You definitely want to build the early versions of it to serve a simpler type of hotel, but we always had in mind that we would serve the gaming industry; that’s where Marco and I spent a lot of our career, particularly Marco.

Benevenuti: The product from the very beginning was designed with the full-fledged integrated resort in mind, which is the most complex asset that you can revenue-manage, and so everything from our optimization to our forecasting was already done at the profit level. We built the pipes to incorporate other revenue streams besides just the room rate, but of course you start from the more simple asset where the only thing you have to optimize is the room rate, and then you start building functionalities in the front end, more user-based, where you can actually get all the way to the point of GameChanger, where you can basically decide who to comp, who not to comp, how much discount to give by segment, by room type, with the total flexibility that we built in the backbone.

That’s why if you compare us with other technology in the space, you don’t get the breadth of functionalities that we have in a two-year time frame without that type of design, and the development team that we talked about, which works really fast.