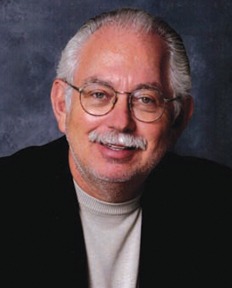 Lyle Berman is a legend in the casino industry. His first taste of gaming came as a poker player where he gleaned bits and pieces of information about casinos. When an opportunity was presented to get in on the ground floor of tribal government gaming, he jumped at it, and the rest is history. Berman’s Grand Casinos became the largest operator of tribal casinos in Minnesota, and later in other states. A few years after Berman sold his company to then-Bally Entertainment, now Caesars, he launched Lakes Entertainment, another tribal gaming operator that he recently sold to Golden Gaming. He spoke with GGB Publisher Roger Gros at his building in Las Vegas in March. To hear a full version of the podcast, including Berman’s views on saturation, iGaming and social gaming, visit ggnews.com.

GGB: You’ve made a lot of deals in your life—some big, some small. Where does this recent merger fall between Lakes Entertainment and Golden Gaming?

Lyle Berman: Well, this really falls as a very large enterprise, and we’re really excited about it. It’s really transforming Lakes. Lakes was a company that specialized in Native American gaming. It was formed in 1999, and over the years, we developed a number of Native American gaming projects, but as of a couple years ago, we had been bought out of our last contract, so we were sitting with this public company, with quite frankly a lot of cash, which is a nice thing to have, but really no major business. We also own a smaller, very profitable casino in Maryland, but that was it.

So we spent a year and a half to two years looking for new opportunities. We got very close to a couple things, but for whatever reason, they didn’t work out, and finally we were introduced to Golden Gaming, from our investment banking advisor, Macquarie, and things clicked right away. We liked the business, we were a perfect fit with each other. Quite frankly, they needed additional equity in their business. But they have very good expansion opportunities, and it just worked real well.

In Las Vegas, with the PT pub chain, and several other brands, Golden Gaming is very strong.

They have great expertise. I had lunch yesterday with Blake (Sartini), at Sierra Gold, one of the brands, and I thought the food was fabulous. I think that concept, without slot machines, would work all over the country, and he agrees. So there could be some major opportunities to expand in the restaurant industry, without gaming as a component.

When did it occur to you that tribal gaming was going to be a real important part of the gaming industry?

Well, I think it evolved. Two friends of mine had obtained a contract with one tribe in Minnesota, to open up two casinos, back in the late ’80s. When they came to me looking for financing and help, I knew the power of a slot machine, they knew the power of my money, and we formed a joint venture. But as soon as we opened them, we realized how popular they were, and what opportunities there would be throughout gaming. So probably by ’92 or ’93, is when we really realized there was a major opportunity in Native American gaming.

You were a poker player long before you got officially involved in the industry. Was that how you got drawn into the industry?

I started playing poker in the early ’80s, and played quite a bit. So when my partners came to me with the idea of Native American gaming, I knew the power of the slot machine. I’d become friends with Bobby Baldwin, Jack Binion, Bob Stupak, and thought it would be a very good endeavor.

If there was a day of reckoning that sold me for Native American, I went to a casino that was a couple hour drive west of Minneapolis. It was managed by some local businessmen. It was on July 4. It was the most gorgeous day you could imagine in Minneapolis. It was 82 degrees, which we don’t see very often. So we walk into the casino, it’s smoky, it’s horrible, and it’s packed. And I think, “If on the 4th of July these machines are packed in this environment, just think what will happen when it’s 10 below zero.”

So I believe we were the first company to really develop a first-class Native American casino in Grand Casino Hinckley that really would compete with a Vegas casino. And of course, since then, we’ve built even bigger and better ones. A number of our casinos would stand tall on the Strip. We have to say the one in Michigan, the Four Winds Casino, if it were in Vegas Strip, would have the second-largest capacity of any casino there.

Mississippi was one of the early entrants into riverboat gambling, but the one difference that Grand Casinos brought is the barge location, rather than a docked riverboat. How did that come about?

We did really set the standard, in all three regions: Tunica, Biloxi and Gulfport. We built these huge casinos on barges, which were custom-made for us. They were 630 feet long, three stories high, and 50 feet wide. And I remember in Gulfport, we went around the clock, and built it in 156 days. Today they talk about building big casinos, two-year development, three-year development. Now, we didn’t build any hotels in those days…

We were a huge hit. Today of course, they’re land-based. And that’s another thing I predicted. That law that made them first cruise and then float, I said it the day we built it: “The first hurricane comes along and wipes this out, they’ll be land.” And that’s of course what happened.