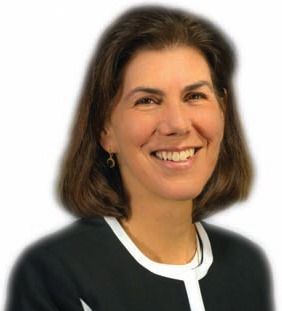 The Atlantic City Alliance (ACA) is a private organization controlled by the Atlantic City casinos. Liza Cartmell was appointed the first president two years ago after New Jersey Governor Chris Christie pledged a five-year program to support the city. The ACA was designed to promote the non-gaming assets in Atlantic City, and Cartmell has taken her lead from the ACA board. Last summer, country music beach concerts drew more than 130,000 people to the city, and the “DO AC” campaign has become the signature for Atlantic City. With the decline of the gaming business in Atlantic City, the ACA’s non-gaming promotions have become that much more important. She spoke with GGB Publisher Roger Gros in her Boardwalk Hall office in August. To hear a podcast of this interview, visit ggbmagazine.com.

GGB: There has been a lot of activity this summer. The two country music concerts (Blake Shelton and Lady Antebellum) drew more than 130,000 people to town for the two shows. How did that come about?

Liza Cartmell: It started almost the day I got here. We were talking to Live Nation, about how we feature the beach. We’re very focused on getting people to try Atlantic City, because we know that once they get here, almost 60 percent will come back.

We talked to a lot of the big artists, and they just were really not comfortable with the outdoor environment. We really focused on the country piece, because they perform so consistently and regularly in outdoor festivals. With the two concerts on Thursday and Sunday, we were able to bookend a weekend, because we definitely had people who came and stayed, flying in. We had tickets that were in 48 states.

How would you evaluate the first two years of the Atlantic City Alliance?

The first two years were really focused on helping to improve the perception of Atlantic City and learning about what it takes to move the needle in people’s minds.

The huge amount of bad news that people are seeing about Atlantic City this summer with the gaming properties that are being closed down in order to right-size the gaming market has been a challenge. The question is how quickly those properties will be repositioned as regular hotels. Some of that’s already happened.

The Claridge was sold to a new investor from Florida. They are doing some really interesting things: Repurposing the first floor to be a major art gallery. The second floor will be a children’s museum, and the third level will be a meeting and convention space. And the 500 rooms will be renovated. That investor has also bought the Atlantic Club, so hopefully we see that that property converted, as well.

We’ve done some work with Tourism Economics, a company that does a lot of assessments for various states, including the state of New Jersey, looking at what’s going on in this marketplace. A lot of the statistics that we’re garnering in terms of the growth in non-gaming revenue and the growth in employment in the food service and the retail is really coming out of the work that they’ve been doing, and so there’s growth and employment in those areas, but again, it’s just not enough to offset the decline in the gaming jobs.

Let’s talk about the DO AC campaign. Obviously that’s the centerpiece of all the advertising. Have you done any research about how the slogan resonates with visitors and potential visitors?

The core attribute that people recognize is the concept that there’s a variety of things to do, and that it is more than just gaming. The fundamental terminology that we use is “do,” because that is what they’re looking for. People are looking for unique experiences; they’re looking for things that they can Facebook or Twitter, that they can social media. So the more we can put visual images in front of people the better.

One of the events you did early on was the tightrope walk by Nik Wallenda on the beach. Are those kind of things that you want promote?

Oh, absolutely. The wackier, the better. We would love to do more. But there’s just only one Nik Wallenda.

Does an event have to have a large potential audience for you to really support it, or can it be a real niche type of thing?

We absolutely love niche ones. Because, you know, how many times are you going to be able to attract 100,000? Usually it takes too big a budget to begin with, so, we do a number of niche things, but they’re all focused around the destination assets.

Your source of funding comes from the casinos. Obviously, the loss of several will impact your funding. Is that going to cause you some problems?

Will the ACA get involved in any of these campaigns that may oppose gaming in North Jersey?

We are not a lobbying organization; we’re a marketing organization. But quite honestly, we would do editorial board meetings telling the story of where Atlantic City is looking to go. That’s very important to us, to reach out, make sure the newspapers are better informed. And that is entirely appropriate with the legislators, of course, as well. But we do not lobby.