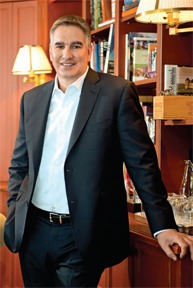 As one of the major payment processors in the world, Optimal Payments works with many countries and currencies. The company is experienced in online gaming transactions by its activity in Europe and the U.S. prior to the Unlawful Internet Gaming Enforcement Act of 2006. At that time, the e-wallet company Neteller was a solution for Europe. The recent re-launch of Neteller by Optimal Payments in the U.S. means that the company will return in a new, but familiar form. Joel Leonoff is president and CEO of Optimal Payment Plc. In 1998 he founded SureFire Commerce Inc., where he served as COO and CFO. SureFire later merged with the Optimal Group to form Optimal Payments Inc. He spoke with GGB Publisher Roger Gros at the ICE trade show in London in February.

GGB: Payment processing is an issue now in U.S. online gaming. But let’s go back and talk about how it works in Europe, versus how it’s working in the U.S. right now.

Leonoff: Well, Europe’s a little bit more complex, you could say, because every country has its own distinct local processing methods. Neteller is an example. The last six or seven years have been an effort of going out locally, country by country, and finding the most prevalent method of moving money. So we now have integrated payment methods by 200 countries. We had clients in the last year or so that were marking big dollars in South America, and having 90 percent rejection rates. They came to us and we integrated a couple local deposit methods, and got away from the credit cards. So, the U.S. market really emerged because many of the larger issuing banks in the U.S. didn’t want their card members using their cards for online gaming transactions. That isn’t going to change anytime soon.

Tell us how you believe Neteller will work for the online gaming businesses in the U.S.

I think the industry is kind of anxiously awaiting the re-launch of Neteller. It is a very trusted brand. There will be very large deposit volumes. I think we will bring a lot of seamless processing and a lot of comfort to the industry. I think we solved some major problems, and provide the types of outsource payment services that the operators really need badly. So we become the oxygen for the industry. And we become this partner with our merchants, and I think we’ll continually look at finding ways to ease the burden, and make it not very onerous to make a deposit.

Tell us how Neteller would work for the consumer.

The same as it was pre-2006. We’ll do the validation of identity. We may collect some passport information or driver’s license information. We’ll compare data to known databases that we’re tied into. We’ll do a bit of geolocation. We might validate that your keyboard is in the right language, and maybe we’ll do some fingerprinting of your computer to make sure that you’re coming in consistently on the same device, just to make sure we reduce the fraud. Then you’ll sign up for an account, list the correct demographic information, and then make a deposit, either with a credit card, an ACH transaction, maybe a cash deposit method. Then you’ll move the money into a gaming site and be off to the races.

Is there any difference with mobile gaming?

No. It’s just another platform. I think it’s easier to sign up for accounts on a tablet or a PC. Enter all that information. But once we’ve kind of tokenized your identity, and you want to just come back and top up your account or do something, mobile’s a very strong solution for that.

So you believe that, even if the credit card companies do work out a different code for online gaming, where it’s permitted, there still will be a bit of a cloud hanging over those kinds of transactions?

Listen, it’s never going to be perfect. I think there will always be problems with credit cards. And look, the reality of Neteller and wallet-based services, No. 1, I think there will be a pursuit of liquidity. So players are going to look to find the right sites to play at, at the right time… Monday night, maybe Borgata, Tuesday maybe Caesars.

Neteller acts as the hub. And the movement of money in and out of Neteller, to wherever you want to play, is a very functional, useful utility.

I think there’s also a percentage of the population that doesn’t want to see Caesarscasino.com on a credit card bill, and so there’s a little bit of anonymity. We certainly know the identities and the details of everyone we process for, but as far as what happens as far as a trail, either on bank accounts or credit cards, you can make a cash deposit at the corner store and be even more anonymous. I think we offer that value. And then, having a prepaid card attached to the wallet balance, so you can go to a restaurant or an ATM machine, also offers some ubiquitous value.

Do you consider the casinos your customers or the actual people using the service? How will you promote Neteller?

It’s really more the merchant’s role to solicit consumers. I think a lot of what happens typically is when credit cards fail, they’ll get a message, ‘Why don’t you take a look at Neteller?’ and they push customers our way.

But we will sit down with our merchants, in a partnering way and do promotions. For example, anyone that uses Neteller in conjunction with a specific merchant gets some kind of bonus. So the value of Optimal Payments is that we’re not just an outsource payment provider; we look at ourselves as a partner.