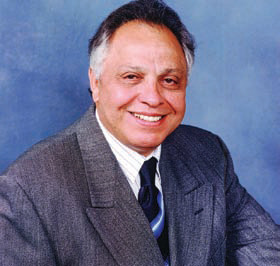 There are a few architects who have shaped the image of the modern casino, and Joel Bergman, the founder of Bergman Walls & Associates, is one of them. Bergman worked with the legendary Martin Stern in the early days of Las Vegas and in 1978 joined Steve Wynn, designing Golden Nugget Atlantic City, the Mirage and Treasure Island. Starting his own firm in 1994, Bergman’s designs were used to develop major casinos in Las Vegas, Atlantic City, on riverboats and in Indian Country. Now, BWA has emerged as a major design force in Asia. Like all design firms, BWA is just coming out of a difficult period with new and exciting ideas on how to take the gaming industry to a new level. Bergman spoke to Global Gaming Business Publisher Roger Gros at his offices in Las Vegas in September. To hear a full podcast of this interview, including comments by BWA Vice President Brad Schulz, visit www.ggbnews/podcasts.

GGB: The last couple of years have been a little bit tough but things may be rebounding. Are we emerging from those tough times?

What are some of the indications, other than the increased work that you have been getting, that we’re on the rebound?

We are seeing it directly and we’re seeing from our colleagues who do similar work that activity is shaping up. We’re seeing more projects—not necessarily new projects, more rehabilitation work, more revitalization, and not just in the U.S., but all around the world.

What have we learned from this period? Are there any lasting changes that have permanently altered the way you do business?

Absolutely. We no longer call ourselves gaming architects. All along, we’ve really been in the entertainment business; gaming is just another form of entertainment. We’ve broadened our base. We design restaurants, nightclubs and bars, as well as gaming facilities outside of resorts. This has become a remarkable phenomenon. Many people come to Las Vegas and they don’t gamble at all; they come here for the entertainment factor.

As a company, we have continued to design these venues. They’ve been the mainstay of our business recently. Then we broadened our base and opened offices in Ho Chi Minh City, Vietnam, and in Manila, the Philippines. Now we see a growth; we have several casino projects on our board at this time, both new and rehabilitations.

Are the days of the multibillion-dollar gaming complexes over? Are we going to start to see a phased approach from now on?

I don’t know the answer to that question. Right now, most of the work that we see is in remodels and rehabilitations. There have been a few new projects announced, and just because of inflation, the cost of a new project always is in excess of half a billion dollars—for a small project. For a large project, it goes north of a billion.

Tell us about the renovation projects. The Plaza just reopened in Las Vegas. In Atlantic City, we’ve got the Golden Nugget, the old Trump Marina, being renovated, and these are pretty substantial projects. Is that another trend we’re seeing right now?

If they don’t renovate, they’ll fall by the wayside. The competition comes from the places that have just been completed. Any new venue or property such as the Cosmopolitan will drive existing properties to do something different. Even the fairly new properties have to make changes to keep pace.

What would be your recommendation for someone who is taking over an old property and planning a renovation? Close it down and renovate it or keep it open during renovations to keep the cash flow going?

One area that seems to still be growing in the gaming industry is tribal government gaming. Do the tribes understand, for the most part, that they need to create new and fresh experiences for their customers?

When you’re designing for the Asian market, are there any differences in the way you approach it? Do you use the feng shui philosophy at all? Or are there even just some cultural differences that you have to incorporate into the design?

We have a feng shui master who supports our office whenever it’s requested by an owner. That’s SOP for us. But every project is different. The Asians demand a different kind of design. In some cases, they want what we do in the U.S. In other instances, they give us freedom to “go off the wall.”

The two largest gaming companies did very different things on the Las Vegas Strip. MGM opened CityCenter more than a year ago and now Caesars has proposed the Linq project, complete with an observation wheel. Can you assess those two projects?

Well, I think MGM missed 100 percent; customer welcome, vehicular traffic circulation, pedestrian access. I think CityCenter leaves a lot to be desired. On the other hand, I think the Linq project is totally unique. At BWA, we had three different wheel concepts that we studied, and the Linq project has probably the best location on the Strip for a wheel, and they rightfully put it at the far end of the experience. I believe that the Linq project will be very, very successful.