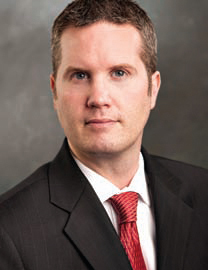 When partners Bill Lerner, Grant Govertson and Rich Baldwin formed Union Gaming Group, the boutique gaming industry research company became the first gaming analysts actually located in Las Vegas. And when Govertson relocated to Macau, the company was also the first to make the Asia gaming capital home. The company is now deeply embedded in the gaming industry around the world, and it’s no wonder that they’ve become the recognized experts in new markets, principally Japan. Union Gaming held the first conference in Japan in September, examining the process and the markets, and has now partnered with G2E to hold a more significant event once gaming is legalized there. Govertson answered questions from GGB last month about Japan and its gaming prospects.

GGB: Anyone who has been in the gaming industry for some time recognizes the excitement about legalizing gaming in Japan. But we’ve all been here before. What makes this time different from the others?

Govertson: There is a confluence of factors that make it “different” this time, not the least of which was the awarding of the 2020 Olympics to Tokyo, which will require significant infrastructure investment. In part, it is possible that some of this infrastructure investment could either 1) be borne by casino developers, or 2) be paid for by casino tax revenue. In addition, you’ve got a dynamic where legislators and civilians are all more familiar with and comfortable with the concept of casino gaming, due to its prevalence and expansion throughout Asia.

How important was it that there was an actual bill that was introduced into the Diet late last year?

Not necessarily important, but a good place-holder and a positive step forward for casino legalization in Japan.

This is not the important bill from a details perspective. It is important as it will be the trigger for a bill next year that would represent the meat of Japan’s gaming law (things such as number of licenses, locations, tax rates, etc.).

How about market size? Are the Japanese as gambling-crazy as the Chinese? Do you see lots of Chinese visitation if casinos are legalized?

In all likelihood, it will become the second largest gaming market in the world (behind Macau) on an overnight basis. We believe it could easily exceed US$10 billion in gross gaming revenue, perhaps just from IRs in Tokyo and Osaka. We think there will be broad-based visitation to IRs in Tokyo, although we think they can be very successful even if there is limited Chinese play.

How about locations? Certainly the major cities would be great places for casinos, but some of the more remote islands that are currently tourist destinations want to get in on the action. How will that play out?

There should be room to accommodate many interested geographies. It is likely that Japan will create two different types of IR licenses, big and small. The big licenses would go to cities like Tokyo and Osaka, while small licenses would go to either remote islands like Okinawa or other smaller cities. In the first wave of IR development, we would not be surprised to see two big licenses and perhaps two or three small licenses.

What role is the powerful pachinko industry going to play in this process?

It is unlikely they will play a major role in the legislative process. However, it is possible that some may wish to participate in IR development, perhaps by partnering with an international casino developer. We think it is important to point out that we believe the pachinko industry will not see a notable decline in revenues should IR gaming come to Japan. We think the pachinko customer base—and its behavior (high frequency, convenience gaming)—suggests they will not face major competition from IRs.

Japan seems to be strongly considering using the Singapore model of building IRs and fairly strong regulations. What implications does this have for a Japanese industry?

We suspect that any IR bill in Japan will contain public safeguards, although perhaps not as restrictive as those in Singapore. It will also mean a very robust regulatory system, although we do not think this will preclude IR operators from offering VIP gaming.

So, what’s the timeline as we see it now?

As of now, we are looking at the legislature (hopefully) passing the IR bills in early/mid 2014 and early/mid 2015. This would then be followed by a prefecture/host-city selection process in late 2015/early 2016. The next step would be the RFP process for IR licensees in 2016/early 2017, which would then be followed by IR construction from early 2017 until early 2020. This timing would coincide nicely with the summer 2020 Olympics in Tokyo.

You’ve recently announced that Union Gaming is partnering with G2E to produce at least one event in Japan. Give us the details on that agreement.

As the Asian gaming market continues to grow and evolve, and as we look toward potential expansion of casino gaming into Japan, we recognize that gathering industry leaders together in Japan is more important now than ever before. For this reason, we hosted our Union Gaming Development Conference—Japan 2013 this past September in Tokyo. From the outset, our goal has been to create an annual event in Japan that advances the industry’s interest and builds on that success year after year. Partnering with the American Gaming Association and Reed Exhibitions to produce G2E Japan as early as practical following passage of the legislation allows us to expand on, and enhance our previous conference.