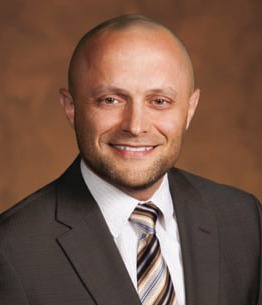 American Gaming Systems is a relatively new company in the commerical gaming industry, getting its start in Class II and expanding into the video gaming market in Illinois. The addition of former Bally executive Bob Miodunski several years ago gave AGS a jumpstart, and now the appointment of former SHFL and GCA executive David Lopez means the company is ready to take the next step. Lopez is well-suited to lead AGS at such a critical point in its history because of his knowledge of gaming outside of Illinois and the Class II markets where AGS had traditionally been strong. Lopez spoke with GGB Editor Frank Legato from his offices in Las Vegas. To hear a full podcast of this interview, visit GGBNews.com.

GGB: After 13 years with SHFL and nearly two years with GCA, what was it that attracted you in the opportunity to lead AGS?

Lopez: At first, it was the knowledge, character and fit of the person who recruited me, Apollo’s David Sambur, but along the way it became more about the opportunity to take something unique about AGS, which was a very strong Class II provider, and develop it into a full diverse Class II and Class III provider of content and entertainment. I just felt like the company had the right platform and the right backing with Apollo; it was the right fit.

What skills do you bring from your previous experience to AGS?

It’s not something I think about too much, but I believe it’s the diversity of my experience that is most valuable. In the end, I really think it’s about people, and has more to do with the longstanding relationships I’ve developed with customers, employees and potential employees. People are the straw that stirs the drink.

Products and performance are important, but the products are made by people and that’s where it all starts.

Bob created an environment and set the table for the company to grow. He raised the bar from a product and character perspective and has set us up for substantial growth.

When you first took charge, what were your priorities?

I established a 100-day plan where I could get to know the people, the products and the service set, learn about our strengths and weaknesses. But once again, my No. 1 priority was people, getting to know the team and how the group of people fit together. I wanted to know what we had to add to take us to the next level and help us to accomplish our goals.

What would you like the image of the new AGS to be?

I think a new era began when Apollo took over (in late 2013), and their willingness to invest in the company. We’ve been a respectable Class II slot provider primarily in the Midwest and Florida, and going forward we want to become known as a complete provider of gaming products catering to both Class II and Class III gaming. We want to be a provider of Class II and III content and proprietary table games, and hopefully some day it will be even more than that. Most of all, we want to be known as a good partner.

Tell us about the impact of the acquisition of Steve Weiss’ Colossal Gaming.

It’s been huge, no pun intended. Steve is a very interesting and wonderful thinker. He’s a great partner and a leader in the creative space. He’s also a former CEO of Casino Data Systems, with a great strategic mind for the business. He’s changed the culture for the company and raised the bar on our expectations. He’s been a great help to me. It can’t be overstated how important that was to us.

Tell us about some of the products—Pays to Know, the pachinko style games—do you plan to keep and build upon them?

Like anything, we’ll judge them in an environment of meritocracy. Pays to Know is the leader. We’ve had great results with that game series. Pachinko is interesting and has some potential but we’re not sure how it’s going to pan out. Results have been a bit mixed. Like everything, we’ll evaluate each product and it will move forward based on performance, customer feedback and the potential going forward.

Fifth Grader, Ripley’s and the newest one, Family Feud. Have they been out long enough to get a gauge on their success?

Ripley’s has been a very consistent performer; we’re very pleased. It’s a little too soon to know about Fifth Grader, but we’ve just been informed the show will becoming back to Fox, which is great. And we’re very confident about Family Feud but that’s not out in any great numbers yet either. We’ll know by the end of the first quarter of this year where we stand with these games.

Tell us about your new table-game product, War Blackjack. Will that make it in a competitive table-game market?

Some people think table games are more competitive, but I think the slot space is much more competitive. Table games are dominated by one company, obviously—my former employer—but we jumped into the space and focused first on people, which is a little unconventional. Instead of buying some business, we decided to go after talent first, so we think we’ve got some of the top-notch talent in the industry with War Blackjack and Criss-Cross Poker. We’re approaching 400 units at this point, not bad for a business that just a few months ago was at zero. This has been a surprise for us, so we think we’ll do fine in this space.