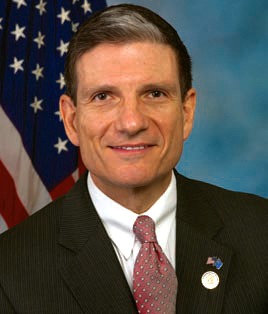 Joe Heck is a member of the U.S. House of Representatives from Nevada’s Third Congressional District, first taking the seat in January 2011. A native of New York and raised in Pennsylvania, he first moved to Nevada in 1992. He is a medical doctor, and until 2011 was the owner of Specialized Medical Operations, which provided medical training and support to law enforcement agencies and the military. Along with Congressmen Bennie Thompson (D-Mississippi), he recently announced the restoration of the House Gaming Caucus, a group of congressmen from states where gaming is legal that considers issues that affect the industry. This interview was conducted before Congressman Peter King (R-New York) introduced a bill in the House to legalize online gaming. He spoke with Global Gaming Business Publisher Roger Gros at his offices on Capitol Hill in April. To hear a full podcast of this interview, visit our website, ggbmagazine.com.

GGB: You recently started or re-started a gaming caucus in the House of Representatives. Why has this become an issue?

Heck: Gaming is critically important to my district and the state of Nevada. There have been many issues that have been debated in Washington that have a direct impact on the gaming industry, so Congressman Thompson and myself decided it was time to reinvigorate the gaming caucus. We want to have members from both gaming and non-gaming states so they can hear how gaming impacts the overall economy and make sure they’re informed about these issues.

Rep. Thompson is a Democrat, so how did you come to an agreement on this?

When you look at gaming across the nation, it’s a bipartisan issue. It has to do with the economy, jobs, regulations… things that give us an opportunity to work together across party lines to do things that will benefit everyone, not just for their own districts.

There are plenty of other states that have gaming. How are you going about recruiting members from those states?

First, we do what is called a “Dear Colleague” letter that is sent out to all members announcing the caucus. I walk around on the House floor with copies of that letter, targeting members from gaming states, and inform them of what we’re trying to do. Since we rolled it out, we’re in the process of building membership. Once we hit a critical mass, we plan to have a roll-out reception where we’ll talk about what the goals of the caucus will be.

What are some of the issues you want to address with caucus members?

One of the issues that people want to see addressed is internet gaming, whether it be i-poker, sports gaming or full-scale online gaming. We want to evaluate the Department of Justice memo that opened this up and see what that holds. But there are other issues like the impact of gaming on local economies, and how we help create jobs and foster an environment that is conducive to development by the gaming industry. There will be tribal issues. We’re reaching out to members whose districts include Native American casinos so we can be all-inclusive.

Online gaming has been frustrating to the gaming industry. With the failure of either house to get anything passed during the last session, states have taken the initiative. Why didn’t that get traction in the last session of Congress?

It’s hard to understand. Part of it was a strategy of finding a bigger bill in which to insert it versus a stand-alone bill. There are still some representatives that don’t look upon gaming in general favorably, so it’s a matter of trying to find that balance and that critical mass of “yes” votes that would make it successful. The last thing we want to do is try to move a bill that wouldn’t pass.

Some perceived Senator Harry’s Reid’s bill in the last Congress to be too favorable to Nevada. Do we need a more balanced approach to get the support of all senators and congressmen?

The most important thing about internet gaming is to make sure you have entities with well-documented track records that know how to regulate and license gaming establishments. And there’s really no other place in the world that has the experience that we have in the state of Nevada. It doesn’t mean that’s the way it will always be, but when you’re breaking new ground, you want that experience and exemplary track record.

Do you believe the current efforts to legalize online gaming on a state-by-state basis will improve the chance to pass a federal bill?

I think it might go either way. As you see more states going out on their own because of the DOJ’s interpretation of the Wire Act, some people may wonder why we need any federal bill at all. On the other side, it could be an increased impetus to get something done. We’ll just have to see how that shakes out.

We don’t want that patchwork quilt of regulations, and when and if gaming takes place across state lines, it will have that interstate commerce connection. So I think before we reach a critical mass of online gaming states, there will be an effort to put some meaningful but not onerous federal regulation in place.

Some people believe that Republicans are the problem… They’re the ones trying to keep online gaming bills from being introduced.

That’s not my impression. We have many Republican members with gaming in their states and districts. What we have to do is figure out how you measure the importance of this issue for this audience. For some, it’s not the jobs and the economy, it’s the idea of enforcement. They don’t want internet gambling in their areas; there needs to be a way to enforce that. So if we can emphasize that enforcement role in the bill, they hopefully will support it.