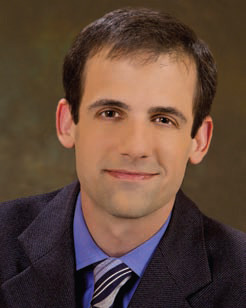 Aron Ezra joined the gaming industry when the former Bally Technologies purchased his company, MacroView Labs, which developed apps for a wide variety of companies, just some of them gaming. He became vice president for Bally and concentrated on many cutting-edge technologies developed by the company. But three years ago, he left Bally to launch another startup, OfferCraft, which “gamifies” communications with customers. The company has many relationships with casino companies, and has crossed over into retail, restaurants and other mainstream businesses. He spoke with GGB Publisher Roger Gros at the GGB offices in April.

GGB: What made you leave Bally to start your new company, OfferCraft?

Aron Ezra: We had a wonderful experience at Bally. It’s a great company; there’s a lot to like over there. Very, very innovative. But ultimately, there are certain ideas that just need to be built, and certain ideas that are a lot harder to build in any big company. OfferCraft happened to be one of those ideas that we were just so excited about, and needed to do. And we felt like the only way we could really do it right was to incubate it on our own.

Tell us about OfferCraft. What makes it so special that only you could do it?

There are a million companies out there trying to tell you what you need to give a player to get them to come back. What we wanted to do was really think about not what the offer should be, but how the offer should be presented. We spend so much time wondering whether we should give $12 or $15. But the way that something is given to somebody, the way that thing is presented, makes just as big a difference—often a bigger difference—in whether or not that individual is going to actually use the offer. So we wanted to really create something that would allow us to bring the concept of gamification to all different parts of the property.

You have so many casinos where they think about games all the time, but they only think about games on the casino floor. We thought that was crazy because casino patrons, more than maybe any other demographic in the world, love playing games.

What areas of the casinos do you really focus on?

On the marketing side, one of the most frequently used parts of our platform would be sending out emails to a whole bunch of inactive customers who maybe haven’t shown up in a year or two, and they’re about to get rid of them in the system. By actually letting those folks go ahead and play a game to win things, we’ve been able to reactivate a pretty significant number of those folks.

But then on the operation side and on the HR side, we’ll do quite a bit to actually use games to incentivize certain behaviors. Maybe the server who serves the most drinks in the night gets to play a game and win something. Or the housekeeper who cleans her 5,000th hotel room gets a chance to play a game to win something.

And when we do all these things, we’re collecting data about these people’s preferences.

There must have been a lot of psychological research that went into this—how people respond, why they respond, and then quantifying that response.

We spent a long time looking at fields like behavioral economics, the study of how people behave and think, and what incentives get them to think about things. We looked into cognitive psychology, spent a lot of time on decision-making sciences. The goal of all of this was to discover how to present information in a more psychologically compelling fashion. Our clients spend X-million dollars a year on marketing, and typically have maybe 30 percent of the people respond. If we can increase that by even a few percentage points, then that is a massive return on investment.

Tell us about Smart Rewards.

When we give out a reward, it looks like a normal coupon or voucher. But it’s not. It’s actually a tiny software program that can evolve and change itself, even after somebody has received it. Let’s say we give someone $20 of free play, but they decide not to use it. So if you don’t use that, in our system, we know that you’re ignoring it. We know you didn’t use it. So that reward is going to expire after a few days if you’re not using it. So then we send a message that we noticed you didn’t use this; do you want something else instead? So you can swap it out for something—maybe you don’t want more free play, maybe you’d rather get 2-for-1 on a hotel booking. So you can actually select something different, which not only dramatically increases the chances of you coming in and using the reward, but also gives us really, really powerful insights into your personal preferences, as well as the macro-level preferences of everybody.

That’s the kind of thing that gives us a lot of insights, and there’s a million different behaviors that we can actually pre-program in. The possibilities are endless.