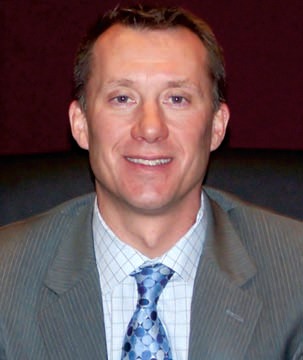 The nation’s oldest regulatory body, the Nevada Gaming Control Board, has been the career springboard for many state leaders and one national leader, U. S. Senate Majority Leader Harry Reid. Now, A.G. Burnett is filling that role, and as NGCB chairman, he recognizes that he is stewarding one of the most respected agencies in gaming. He spoke with GGB Publisher Roger Gros from his offices in Carson City in May. To hear a full podcast of this interview, visit GGBMagazine.com.

GGB: We’ve seen a lot of changes in the gaming industry over the past few years. Is it the responsibility of the regulators to accommodate these changes as quickly as possible?

Burnett: My answer would depend on the type of changes that you’re talking about. We saw consolidation at the operator level about seven years ago, and then we saw consolidation more recently at the manufacturer/distributor level. And we do accommodate those in terms of analyzing the mergers from different perspectives, whether they be anti-trust issues or other federal concerns. But we also analyze them from a Nevada perspective to make sure that the interests of Nevada will be protected in terms of employees and things of that nature.

So the short answer is absolutely yes; it’s incumbent upon us to all work together, to handle all the new things that are occurring in the changing landscape of gaming.

Is there more that can be done, however, with the regulators in all the different jurisdictions, working together? For example, is there some kind of common application everyone could use?

There have been some attempts at creating that. But there are inherent differences between states and countries; I don’t think that you’ll ever get past those. The International Association of Gaming Regulators has been working on just such a form, and we created what is a base form that I believe regulatory jurisdictions can go to through IAGR, for example, to adopt. But the differences are inherent in the adoption of that base form, because in Nevada, ironically, we chose to keep our form.

How do you approach the rapid growth of technology? Is there a way to increase the speed to market of gaming products?

We’re always trying. In the 2011 session, Nevada endorsed the option of gaming licensees to use independent test labs. And those are your BMMs, your GLIs, other similar labs, and the idea was to try to streamline the process. Now, in 2015, I think the process is well under way, and the biggest thing that we can say to manufacturers is, when you’ve got a new product, communicate all of the specifics on that product, not only to us as regulators in Nevada, and our technology division, but also to the lab that you’re going to use, and after you submit it initially to the lab, keep us in the loop so that we can have a three-way dialogue that’s ongoing. That, to us, seems to be the best way to get these things through in as quick of a timeframe as possible.

Let’s talk about iGaming. Nevada was the first to legalize it way back in 2001. It took a while to implement, but Nevada became the first state to launch iGaming in 2013, with online poker. What has been the regulatory experience in this field, so far?

It’s been a good experience. We had a lot of time to ramp up and get ready, of course. We were trying to understand it for several years, and then once we got to a place where we felt we understood it, the next question was, “Could we regulate it?” And then when we got to the place where we felt we could regulate it, things really started to move, and momentum started to build, and our legislature over the course of a couple sessions went ahead and legalized it. Since then, the experience has been—I guess you could say good and bad. It’s been bad in that the results haven’t been as good as everyone had hoped, but everybody knew that that would be the case. Everybody knew, in Nevada, that in order for internet gaming to be successful, two things had to happen. There had to be, No. 1, successful and strict regulation, and I think we have succeeded at. But No. 2, there had to be more liquidity, and there had to be, for that to occur, more states legalizing.

Tell us about the compact with Delaware. How did it come about, and how it was implemented?

We wanted to keep the agreement as simple as possible. You had the regulators, and then you had the governor’s offices all working on it and doing it at the same time, with that concept in mind. The Delaware people—and I mean the regulators and the government—were really, really good to work with. And they understood from the get-go that Nevada was going forward just with poker, whereas they were going forward with all games. So, we created a multi-state internet gaming agreement, which outlined the agreement between the two states, and how they would handle the relationship, and then we simply attached an addendum to it that listed the games that each jurisdiction has approved. On the Nevada side it just says “poker” and on the Delaware side it says all of the games. So really, what was created was a liquidity sharing agreement for poker players playing in the two states. The more complex parts were actually the creation of the platform itself. And that was something that the operators had to do.