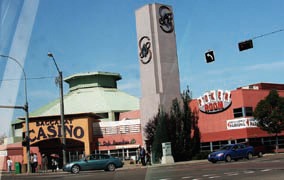 The company is only five years away from a $1.4 billion private equity buyout financed mainly with high levels of debt. The company was forced to restructure during the depths of the economic crisis two years later. Newt Glassman, the head of distressed debt firm Catalyst Capital, has been in control of the company and said the money raised by the IPO would be used to reduce debt and to complete Gateway’s refinancing process.

The company has performed well during this period, boosting revenues from $2.3 billion to $2.7 billion over the past five years. Company officials have chipped away at the debt, recently announcing that $77 million will be used to repay term loans and $60 million to retire some other notes.