The pros and cons to operating a standalone casino 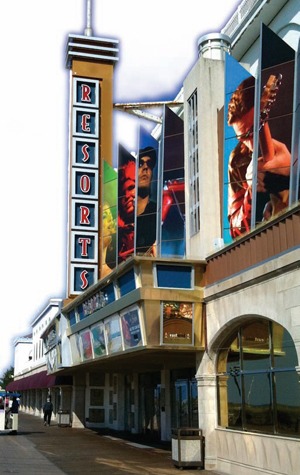 Many fight for their lives against Caesars Entertainment Corp., the world’s largest casino entertainment company. The gaming behemoth sports 57 worldwide properties, including 44 in the United States, at last count. Heck, it has 14 brands, primarily Harrah’s, Caesars and Horseshoe. Caesars Entertainment employs about 70,000 people and earned nearly $9 billion in 2010. Its collective war club slams opponents over the head via free rooms, comps, show tickets, tournaments, and meals and cross-promotion.

What is left over for small companies? Plenty.

The best standalone properties feature intuitive chief executives, knowledge of the company product and the absence of corporate encumbrance.

Global Gaming Business found four American operators who not only embrace the lone-wolf scenario, but used it to make important recent decisions. Three of the executives face heavy corporate competition. One has a mixture of Native American and corporate opposition.

The actions of this foursome—who combine for approximately 130 years of experience—indicate there is still room in gaming for those who can identify their specialty.

Back to the Future

Dennis Gomes, who investigated Resorts for New Jersey’s Division of Gaming Enforcement before its 1978 opening, now owns the property. He faces the biggest corporate hurdle among this group: six properties under the Caesars Entertainment banner fly in his market. Gomes immediately branded Resorts in the 1920s theme portrayed in the HBO smash-hit series Boardwalk Empire, which is based on the Prohibition-era Atlantic City.

Talk about getting a nice tailwind.

“It’s not so much that we followed after Boardwalk Empire; we had decided to go with that ’20s theme anyway, but what a wonderful bit of timing,” Gomes says. “The nature of our property being built in the ’20s, the art deco of our newer tower, the music, the costumes, it all fits right in with Boardwalk Empire. We carry it through to every worker. Actors have told us when they walk in this place, it’s a real escape, like they are going back to the 1920s.”

“At Resorts, we are big from the standpoint of having 1,000 rooms and big casino space, but small from the intimacy standpoint, which comes from being family-run and owned.” he says.

“It’s noticed right away. Customers see me and my son and daughter, and even once in a while my grandson, interacting with everybody. I like to be out on the floor, a lot. We want people to feel special, not just as an entry into a database.”

Gomes cites the classic General Electric case of a company that was successful when decentralized, downtrodden when it became centralized, and reinvigorated when decentralization returned. Smaller facilities reach faster, more effective decisions than their corporate counterparts, he contends.

“The biggest companies may have the chairman of the board in Boston, the operating guy in Las Vegas, and then you have regional presidents throughout the country, and then the presidents at each property,” he says. “Real decision-making does not happen quickly and responsibly, and the decision-making is so far removed from the property in this case. You don’t know what the customers want, not like you would if you were right there with them.”

“We love to push the boundaries and be different,” Gomes says. “You take the Polynesian Circus we have, with highly trained performers in G strings. It is a very, very sexy show with beautiful bodies. With some of the bigger companies, the layers you would have to go through to get this running would be far too difficult.

“Maybe a local general manager would not be given the authority to do it, but we can try what we want. We instituted Flamenco Fusion, guys dancing around with their shirts off. We got standing ovations and rave reviews in New York newspapers.”

Gomes believes his high visibility enhances company morale. He constantly talks to employees and offers a President’s Hotline to anyone wishing to air a gripe, even anonymously.

“Nobody can abuse anybody,” Gomes says. “If something is going on that is not right, someone can simply tell me. Could you imagine Gary Loveman (CEO of Caesars Entertainment Corp.) giving that kind of access to his employees? He can’t. There are too many layers to go through.”

Although the tribe’s governing council acts like a corporate board of directors, it essentially wants him to run its two gaming properties. This trust in the CEO will become increasingly important when competition grows. The Arizona market features all Native American operators, and the market may become more crowded as people flock to the Southwest United States.

The Casino Del Sol operation is self-contained. Profits from the gaming operation are poured back into the 17,000-member tribal community. There is no pressure to make a quick move in order to satisfy short-term investor expectations.

“One major advantage we have is that we know where the property is going, not just now, but for many years,” Long says. “Let’s say you have a house that you might sell in five years. You might not make that major renovation if you think you may sell it. You may not repair that leaky roof or you may fix it one way instead of the other. But here, we put the money back into the community; we know that we want to hold on to these properties forever.”

Long offers a personal “wild card” that augments the company’s philosophy. He is a Choctaw Indian, complementing his academic background from Princeton University with an appreciation of heritage.

“This is a wonderful story for us,” he says. “The contributions back to the Pascua Yaqui tribal community have been in the hundreds of millions of dollars, improving the lives of our people. You look at the wellness centers, the education, the overall enhancement of the lives you help, and it really does create a warm, fuzzy feeling. Indian gaming is exceptionally fulfilling for me. When you work for commercial establishments, you work hard for a Donald Trump and you make money for him, but you are not curing cancer, you are not helping babies, etc. Here, you do good things instead of just making people wealthy.”

“Believe it or not, the recession has been good to us,” he says. “In 2008, we pulled the plug on our expansion because we had no idea what was going on with the economy. A year later, we started again and saved over $30 million in building costs.”

Both decisions—to stop the process and then restart—were made quickly, by people well-informed about the property.

A Breath of Fresh Air

Keith Crosby has nearly every corporate entity—Caesars, MGM, Penn National and Boyd Gaming—in his Biloxi market. Yet in the face of that competition, he unveiled a dramatic smoke-free environment in June. The innovative move became part of the Palace’s multimillion-dollar expansion completed in November.

Would the smoke-free blueprint have been approved for a corporate family of casinos? Probably not. Several properties would be concerned about losing business.

Yet Crosby, with backing of his single owner, launched a move long considered suicidal in gaming circles.

“We knew we would lose some business initially,” Crosby indicates, “but we have gotten most of that back. On the flip side, there are plenty of people who will come to us now who did not before. They felt, ‘Why do I have to put up with smoke in a casino?’ Not only have we recovered what we lost, but the folks who prefer the non-smoking environment will help us gain.”

The Palace features many locally derived policies. Incentives comprise a significant portion of employees’ bi-weekly paychecks. Every worker has been motivated to either help cut costs or generate business, and Crosby, in return, has not laid off a single employee in his 12-year tenure.

“Everyone in the company has a stake in the product,” he says. “They are measurables, resulting in incentives that are fair, understandable, and have to be frequent. For the slot attendant, of course, that can be tied to coin-in. For others, it can be controlling costs (as in restaurant managers, etc). You make me a dollar, I will give you 50 cents. You save me a dollar, I give you 50 cents. If there is incremental income, you share it from where it was generated.”

Incentives vary by employee and department, but Crosby says, “Anyone who doesn’t get one in their pay period calls and asks why.”

Palace does not have an HR department and rarely uses consultants. Crosby also feels that small companies don’t have to be squashed by the buying power of corporate competitors.

“We don’t have the overhead they do,” he says.

Crosby praises “the level of equity” employees have in the company.

“When we complete the front-desk expansion, who are the most excited people? The ones who will be working there,” he says. “They had major input into the project. I’m the GM, but also the project manager. I put them in touch with the architect and they get what they ask for.”

Phil Juliano experienced several facets of gaming in a career dating back to the late 1970s. He gained corporate encouragement, but not interference, in Atlantic City before launching a two-pronged business attack of his own two years ago. Juliano became the marketing director at Twin River Casino in Lincoln, Rhode Island, and formed a consulting company that evaluates and services the markets.

Juliano helped Twin River obtain growth for what has become 25 consecutive quarters, primarily in slot play. Despite lurking in the shadow of gaming behemoths Mohegan Sun and Foxwoods, Twin Rivers found its specialty. With the bulk of its business coming from nearly 5,000 slot machines, this racetrack-turned-casino markets to its identity.

“We got the message out that we were a slot parlor for slot players,” Juliano says. “We changed the advertising message to play off of our strengths. Instead of image and advertising and brand, which was the emphasis prior to my arriving, we tried to suggest to people that in reality this is a slot house. When I got here, Twin River had 18 percent of the market. Today that is over 25 percent.

“We capitalize on the slot option in terms of location. There is a simplicity in this situation. These customers are not risk-takers; they are not necessarily investing in a huge entertainment venture. They want to go play slots; they want to spend a lot of free time.”

Besides hammering the specialization message, Juliano has evaluated the nuances of trends. His company database research targets, among other things, the ability to increase play of infrequent customers. That is an element bigger companies may find tedious. A smaller outfit can pinpoint these opportunities more easily.

“Hey, branding is fine when you are working off a national database—it’s powerful, it’s beautiful, it’s a big help to you,” Juliano says. “There is nothing like the brilliance and beauty of (Caesars’) Total Rewards. But if you are forced to give benefits that don’t fit in your market, that’s disadvantageous. If you have a talented group of executives at one property and you are directed to do something by less talented people who don’t know that market, that is also disadvantageous.”

Juliano has previous success in this area. He re-branded the Empress into the Horseshoe Casino outside of Chicago, besting a property run by Harrah’s at the time.

“We kicked their butts for three years,” he says, laughing. “And then they bought us.”

That is what corporations do—if you can’t beat ‘em, buy ‘em. Yet, while casino operators must always face the corporate giant, they don’t have to slay it in order to thrive.