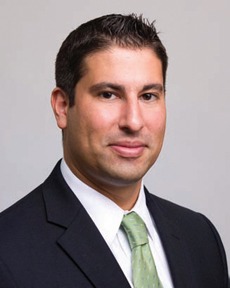 Ten years ago, Eric Frank might have told you his career would be in politics. Today, he is a major player in the legal kaleidoscope that is the gaming world. While his career trajectory has since changed, he is still drawn to the “politics” of an ever-changing industry by playing an integral role in the interpretation and advancement of emerging legislation.

This is no easy feat, given the often-ambiguous nature of the gaming regulatory environment. However, Frank’s legal acumen has positioned him as valuable resource for organizations seeking opportunities in various jurisdictions across the global gaming landscape.

In 2001, fresh out of the University of Michigan, Frank became a political strategist for a number of campaigns that transported him across the country to states such as California, Michigan, Florida and New York. Ready to settle down and put his experience to good use, Frank attended law school at Rutgers University in Camden, New Jersey.

Upon graduation, Frank joined the firm Wolf Block LLP, where he was first introduced to the gaming industry. There he became immersed in a number of emerging business endeavors that served as learning opportunities to develop his career and overall knowledge of the industry.

Today, Frank serves as associate at Duane Morris LLP, where he met one of his mentors, Frank DiGiacomo. A partner at the firm, DiGiacomo took Frank under his wing and has invested in his success by empowering him with large responsibilities and encouraging a focus on marketing, learning and fun as drivers for his career.

As such, one of the most enjoyable aspects of Frank’s career has been the team he works with. “(It’s great to) work with people who are invested in me as much as I am in them,” he says. “They are my friends as much as my colleagues.”

One of the major challenges he faces in his career is navigating through the “grey areas” of the gaming industry from a legal perspective. This is especially true given the often-changing regulatory environment in a number of jurisdictions across the globe.

“A lot of clients are looking for clearly defined responses on undefined areas of the law, but it isn’t always straightforward. It can be tricky for us to answer definitely,” he admits. “Sometimes you have to be creative.”

During his nearly six years of experience in the legal side of gaming, Frank has written several published articles, on topics ranging from business development success tips to Bitcoin trends to regulatory licensing of software providers.

Last May, he was highlighted in South Jersey Biz magazine’s list of “Best Attorneys in Business” in the gaming industry and in June was selected as one of the “New Leaders” of the New Jersey bar.

As he continues to advance in his career, Frank’s advice for other emerging leaders is to put 100 percent into whatever it is you are doing.

“Go all in; don’t stand on the sidelines,” he recommends. “Read everything you can, get your name out and interact. Don’t be afraid to put yourself out there.”

Through steadfast diligence and persistence, Frank has done just that, serving as a constant force in an industry renowned for its ever-shifting legal landscape.