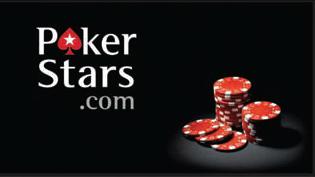 PokerStars says it will finally exit the Australian market by mid-September in the face of new gaming regulations in the country that did not legalize online poker. And two more online gambling sites—The Mansion Group and Genesis Global Limited—have left the Australian market in the face of new gambling regulations there. Gambling firms that have already exited the market include PokerStars, 32Red, PartyPoker, 888Poker and Vera&John.

The new gambling laws—called the Interactive Gambling Amendment Bill and passed by the country’s Senate in August—essentially ban online poker as well as in-play sports betting. Legislators say the new laws essentially close a “gray” market in the country for both types of betting.

While the law allows online sports books to be licensed, by not recognizing online poker and casino games as legal, it essentially bans both types of online play as those operators cannot secure licenses. Unlicensed sites accepting Australian players would face steep fines.

The law also includes a number of consumer protections such as regulations against operators offering lines of credit to gamblers.

“We’ve been aware of this day coming. We’re proud to have seen the Australian poker community grow so strong over the last decade,” the email said.