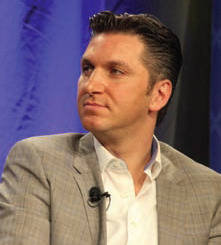 New Jersey gaming regulators have finally approved Amaya Gaming for a transactional waiver allowing the company to operate its PokerStars and Full Tilt Poker sites in the state.

Amaya is teamed with Resorts casino in Atlantic City, which offers its own casino game sites. In New Jersey, online sites must be teamed with an Atlantic City casino. The casinos can partner with multiple companies.

For PokerStars and Full Tilt, the move allows them to resume business in the U.S. after being closed in the country during a federal crackdown on offshore gambling sites in 2011.

However, players will still have to be physically located in New Jersey when playing.

Amaya’s chairman, David Baazov, said he was pleased to add New Jersey to the regulated markets in which PokerStars and Full Tilt have been approved for operation.

The state Division of Gaming Enforcement confirmed it issued the waivers to six Amaya subsidiaries to operate PokerStars and Full Tilt in New Jersey through a partnership with Resorts Digital. The waivers are seen as the first step toward full licensing.

Officials did not say when they expect PokerStars and Full Tilt to launch in the state.

PokerStars has been trying to get licensed in the state since 2013, at one time even planning to buy the now-closed Atlantic Club casino. The state balked, however, at licensing the company, pointing to its 2011 problems with the U.S. Department of Justice, including charges made against the company’s founder and several key executives.

When Amaya Gaming acquired PokerStars, however, those executives stepped down and left the company. Still, the state took more than a year to approve the sites under Amaya, even though the company itself had already been approved to operate on other New Jersey sites.

The PokerStars website paid a $547 million fine to the Department of Justice but didn’t admit wrongdoing. Amaya will put about $400,000 into a trust account with the state for unrecovered funds left from former New Jersey players “so that they may reclaim them,” a spokesman for the company told the Associated Press.

For PokerStars and Full Tilt, the impact of the New Jersey approval could also be transformational. While some states, like Nevada, established a legislative “penalty box” for companies that had engaged in illegal U.S.-facing gambling websites, other states could now allow regulators to make that decision rather than building it into the legislation. PokerStars has agreements with several California tribes and card rooms, while other tribes oppose the company’s participation. But with the New Jersey OK, all bets are off.