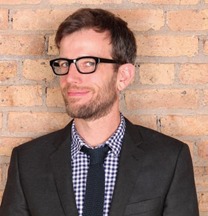 Chris Grove, an independent consultant for the regulated online gambling market, has worked in the industry for more than a decade. He attended Illinois State University, where he earned his B.A. and a master’s degree in communications. During his college years, he met his most important mentor, Judy Woodring, who was at that time the director of the speech and debate program at Western Kentucky University (WKU).

During that time, Grove worked as a collegiate debate coach and spent years coaching at WKU. “She taught me more or less everything I know about shepherding a raw idea to a tangible outcome,” Grove says.

Grove’s first exposure to the gaming industry was through playing poker, and over time, he gradually became more interested in the industry behind it—specifically online poker.

“I think the inherent appeal of the industry to me has a lot to do with the built-in flexibility of a career in gaming,” says Grove. “It’s an exciting time for gaming. The industry sits at the intersection of so many disciplines that you can always pivot to a new angle or focus if you feel your current one is growing stale.”

On the macro level, Grove’s favorite part of the industry is also his biggest challenge.

“There’s something simultaneously invigorating and terrifying about knowing that the professional world you wake up to could be markedly different from the one that existed when you fell asleep the night before,” he says.

On a micro level, he has also found that working for himself presents another paradox. The independence is freeing but, according to Grove, “it also demands strong forecasting and prioritization skills.”

Although it is tempting to take on as many projects as possible, Grove believes it is important not to take on too many at a time, or the quality of your work may suffer.

Grove co-founded OnlinePokerReport.com, an online poker news site related to the legal, regulated online poker and gambling market in the United States. He also founded, developed and operated an affiliate network responsible for driving tens of thousands of depositing players to iGaming sites.

He has advised operators, marketers and others with gaming-related interests on focus areas such as content development, player acquisition and retention, ecosystem management and organic traffic strategy. And with all of these successes, Grove has not forgotten what brought him to where he is: poker. Grove has built a strong reputation as a profitable online and live poker player.

His advice to other emerging leaders in the industry is produce output. To Grove, a successful career in gaming is not quantifiably measured. Advises Grove, “So much of how well you do in the industry is based on reputation and whatever concrete evidence of your expertise is available.

“Reputation takes time to develop, but you can start producing concrete evidence of your expertise with a relatively short ramp. Pick an area of the industry that interests you, dive as deep into that area as you can, and then come back out and show people what you’ve learned.”