The national election in the U.S. proved to be a shocker, as the big underdog Donald Trump swept to victory. 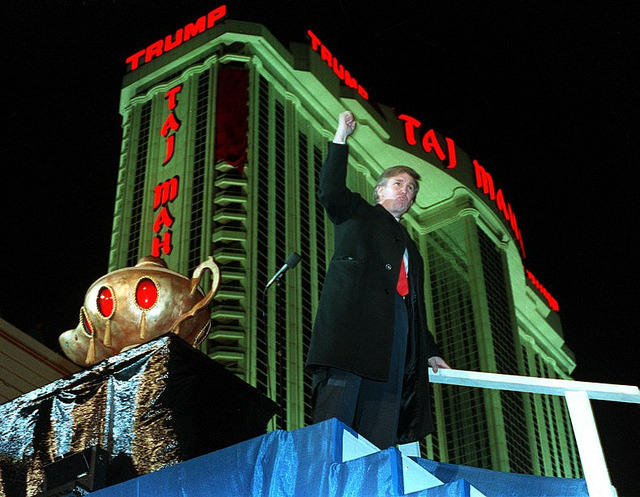 Hillary Clinton was the heir apparent to Barack Obama, the candidate who beat her so soundly in 2008. Obama took to the campaign trail to boost Clinton’s appeal, but even a president with a 55 percent approval rating couldn’t convince enough disgruntled Democrats to vote for her. And then the shocking result was announced in the wee hours of November 9. Donald Trump was declared the 45th president of the United States.

The results caused much consternation among industries that were preparing for a Clinton presidency, including the gaming industry. MGM President and CEO James Murren, a registered Republican and chairman of the American Gaming Association, announced in September that he was bucking his party’s nominee to vote for Clinton. Phil Satre, former Harrah’s chairman and former AGA chairman, an avowed Democrat, recounted his regrettable experience partnering with Trump in Atlantic City in the 1980s, and advised voters to reject the New York real estate mogul.

At G2E in October, AGA President and CEO Geoff Freeman made it clear that Clinton was the preference for the association. So following the election, Freeman released a letter to the industry, saying in part that the AGA now “turns its attention to proactively engaging with the new administration and incoming members of Congress.”

“While we are optimistic a Trump administration will feature significantly more restrained federal agencies than what our industry (and many others) experienced over the last eight years, the challenges before us remain great,” Freeman wrote in the letter.

A Republican Congress can also be a challenge for the gaming industry, but Freeman put the best spin possible on it.

“Tuesday’s results ushered in a new era in Washington, D.C.,” he said. “The gaming industry is well-positioned to thrive in this new environment because of the important steps we have taken over the last several years to unify around issues of common cause, work collaboratively with government officials and highlight our enormous local economic and social contributions to develop congressional champions.

“AGA is eager to work with the Trump administration and new Congress and we are optimistic that the coming years will include important victories for the gaming industry.”

Trump’s views toward the online gaming industry were also a concern. While he indicated a favorable view toward iGaming five years ago in Atlantic City, his alliance with virulent anti-iGamer Sheldon Adelson, chairman and CEO of Las Vegas Sands and owner of the Las Vegas Review-Journal, the state’s largest daily newspaper, was troublesome for iGaming advocates. However, Adelson only contributed $5 million to the Trump campaign, far less than he gave to Mitt Romney four years earlier, so it’s unclear whether he will have a substantial influence on Trump.

Nonetheless, some sources tell GGB that in exchange for the endorsement of the Review-Journal, Trump promised not to oppose the Restoration of America’s Wire Act, Adelson’s pet bill that would ban iGaming in the U.S.

It would not take a congressional bill to reverse iGaming in the U.S., however. The basis for legal iGaming in the three states where it occurs—New Jersey, Nevada and Delaware—is a December 2011 Department of Justice memo saying iGaming did not apply to the Wire Act. Another memo reversing that stand is not inconceivable, if Trump was so inclined.

For Indian Country, Trump’s election could be a disaster. Following on the heels of a president that some feel has been the best ever for tribes, Trump’s often-stated antipathy for Indian gaming isn’t a good omen. The laid-back and cooperative approach taken by Obama’s Interior Department and National Indian Gaming Commission could disappear under a President Trump. Tribal leaders will be watching closely the appointments made by Trump in this area.

One tribe that may have been impacted immediately is the Mashpee Wampanoag tribe. Already tied up in court by opponents of the project who question the land-into-trust decision made by Interior, a judge ruled that the DOI’s process was flawed. A Trump appointee in DOI might decide not to pursue an appeal, upon which the Mashpees are pinning their hopes.
Betting the Election

Trump was a heavy underdog in European bookmakers that made action on the U.S. election. Odds against a Trump victory reached 10-1 in some countries, but a Clinton win was never doubted.

In October, Paddy Power put Clinton’s odds of victory at 86 percent. Bookmakers often draw publicity by paying out early on political wagers when results are considered a foregone conclusion.

“We’re in the business of making predictions and decided to put our neck on the line by paying out early on Hillary Clinton, but boy did we get it wrong,” said Paddy Power spokesman Feilim Mac An Iomaire, according to Bloomberg. “We’ve been well and truly thumped by Trump, with his victory leaving us with the biggest political payout in the company’s history and some very, very expensive egg on our faces.”

The U.S. election drew record wagering at bookmakers and betting exchange sites. By two days before the election, roughly $130 million had been traded on who will become the next U.S. president, compared with $159 million on the Brexit referendum, Betfair spokeswoman Naomi Totten told CNBC. By comparison, around $50 million was bet on the 2012 race.