Cadillac Jack continues to expand its game library with games, play styles and bonus innovations to suit every player taste 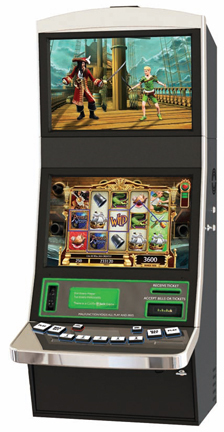 For the past four years, traditional Class II slot suppliers have been making their names in the Class III markets. None more so than Georgia-based Cadillac Jack.

“One of the strategic goals for this company has been to move into more Class III markets, and we are actively moving toward that goal,” says Gina Lanphear, the company’s senior director of marketing. With Class III placements in California, Oklahoma, New Mexico and Michigan, and more on the way in other markets, the slot-maker is gaining ground on several fronts.

The reasons for Cadillac Jack’s success—in both Class II and Class III—goes back to game design, Lanphear says. “Cadillac Jack creates games for every player, every personality,” she says. “Our games are creative and immersive enough that they, in essence, take people away.”

As game design—headed by Senior Director of Game Development Jared Torres—has progressed, Cadillac Jack’s game library has become more and more diverse. “Jared’s done a great job of creating a broad range of games with a variety of volatility,” Lanphear says. “Within a given casino, there’s going to be a Cadillac Jack game for any type of player who comes in.”

Torres says Cadillac Jack’s G2E lineup, which will comprise 30 new titles in all, will convey that message with new games in “big, heavy-hitter categories.”

One game that heads the “something-for-everyone” list is “Peter & Wendy,” a video slot based on the classic play Peter Pan that offers six different bonus events and a two-level mystery progressive. “This is an epic title, and one of the more feature-rich games in our library,” says Torres.

The theme is played out in intricate 3D graphics and illustrations depicting the main characters—Peter, Wendy, Hook and Tinkerbell (who delivers the mystery progressive features with pixie dust).

Five of the six bonuses are represented by clocks in the top monitor of the dual-screen cabinet, reminiscent of Big Ben (Peter Pan is set in London). Each clock corresponds to a character depicted as a reel symbol. When that character appears on a reel, the corresponding clock clicks off a pie segment, representing progress toward that bonus. When the clock reaches 12, the bonus is triggered. Free-spin and picking bonuses include the “Nursery Bonus,” “Mermaid Lagoon Bonus,” “Neverland Bonus,” “Lost Boys Bonus” and “Pirate Cove Bonus.”

Since Peter & Wendy is what Torres calls a “persistent-state game,” each clock’s progress toward a bonus event remains until the end of the session, and even after play ends. The two picking bonuses and three free-spin rounds are joined by a line-triggered bonus called “Castle Defense,” similar to video games found on iPad and Android mobile devices. The player is prompted to pick objects as “defenses” against enemies storming the castle. “Pirates come through the forest,” explains Torres, “and if you’re lucky, you have selected the correct colors for your defenses, and the defense you picked will take out the pirates and award you the credits.”

“Beyond the rich features and bonus rounds, this game is wonderful because it is the classic story of Peter Pan, Hook, Wendy and Tinkerbell,” says Lanphear. “Our designers did a wonderful job on the animation; even our competitors have commented on how well-done it is. It is a stunning game.”

Two other new video slots debut several new play features for Cadillac Jack. “Unicorn Fortune” is the first game in a series including a feature called “Streaming Stacks.” At the start of every spin, a symbol is randomly chosen to be stacked on each reel. “It looks like a long-streaming stack of symbols,” explains Torres. “When the player lands a stack, it results in huge wins.”

Torres adds that only major symbols stack in the Streaming Stacks feature—the royal symbols, which do not pay as much, are not part of the bonus feature. “We have ensured that the stacking feature in the free spins are major symbols; therefore, the player is sure to get a big win,” he says.

Another new feature in Unicorn Fortune is “Wild Pay Day.” During the free spins, a secondary wild symbol awards a scatter-pay and can land as multiple wild symbols, paying anywhere from 10 times to 450 times the line bet.

The Western-themed video slot “Wild Belles” features another new play mechanic called “Wild Transformation.” This is the key feature in a potentially long free-spin bonus for the 25-line video slot. When the free-game event is triggered, four “Sultry Cowgirls” among the reel symbols can turn into wild symbols. If three “Sheriff’s Star” symbols land with a Cowgirl symbol during the free spins, that Cowgirl is wild for the rest of the free spins. The stars are logged on each Cowgirl’s image above the reels.

Additionally, for every Sheriff’s Star that lands, an extra free spin is awarded. “The Sheriff’s Stars are pretty frequent, so as you play the bonus, as you achieve more of the stars and Cowgirls turn wild, you can get huge wins,” Torres says. “You find yourself cheering as you get extra stars.”

Cadillac Jack also will highlight several new progressive slots, led by “Wicked Sexy Devil,” a new title on the company’s Class II wide-area progressive link. Themed around the title character, a sexy redhead who hosts the bonus round, the game features a wheel that is spun to reveal either a credit win or one of five progressive jackpots—four local-area prizes with the wide-area jackpot on top.

The company has added gesture-control technology to its video wheel spin. The wheel straddles the top and bottom LCD monitors, and the player touches the wheel and physically spins it. The speed of the spin relates to the force of the spin.

Cadillac Jack has added a 20-year annuity option and increased the hit frequency of its Class II wide-area products, which are on a link resetting at $50,000.

The new games are only part of the story for Cadillac Jack. The company also will display a new tournament product at G2E. Called the “So Hot Tournament,” it can be installed in either Class II or Class III markets. According to Torres, the distinguishing feature of the new tournament controller is mobile player management—a tablet device can be used to sign players up for the contest. (Cadillac Jack will be running slot tournaments in its G2E booth.)

The company has just opened up a new game development studio in Austin, Texas, to concentrate on development of 3D graphics, and is ramping up R&D in Georgia to create slots tailored to new markets as Cadillac Jack spreads to new jurisdictions.

Lanphear says the key to that expansion will be to keep making games that immerse players in a new theme, a new experience—a new “place.”

“One of our advertising slogans is ‘Games That Take You Places,’” Lanphear says. “That means places outside of casino walls.” By doing that, she says, the company will bring new revenue to operators inside those walls.