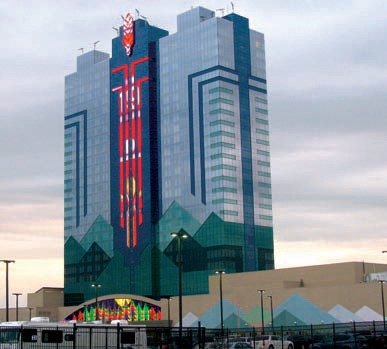 A number of news outlets reported that the governor, an advocate of expanded gaming in the Empire State, will soon propose a privately operated Class III casino in the Falls, but only if the state gaming commission finds a decade-old compact with the Seneca Nation to be invalid.

The governor recently proposed a gaming expansion that would begin with three casinos in upstate New York. That choice surprised many who thought Cuomo would elect to develop gaming in New York City first. The governor said upstate is more in need of the economic boost that casinos could bring.

But licensing an operator in Niagara Falls would create direct competition with the Seneca Niagara Casino. All in all, the Senecas have withheld more than $450 million in payments over the past few years, claiming the government in Albany breached its 2002 compact by allowing racinos in the tribe’s area of exclusivity. The issue is currently in arbitration.

Because the state does not receive its share of Seneca gaming monies, it is unable to compensate the three cities that host Seneca casinos: Niagara Falls, Salamanca and Buffalo. The cities’ share of the revenues is typically used for capital improvements, education, and to cover the cost of increased municipal services to the casino.