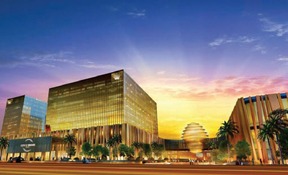 The resort, priced at US$1.3 billion at full build-out, will formally launch its first phase in February, Ho said, likely timed to coincide with Chinese New Year, which commences on February 19.

City of Dreams Manila is a joint venture between a PSX-listed subsidiary of Melco Crown—which operates two casinos in Macau and is opening a third in the Chinese gambling hub next year—and a local subsidiary of Philippine billionaire Henry Sy’s retail and property conglomerate SM.

Current plans allocate to the Melco subsidiary all the resort’s profits from hotel and non-gaming operations and call for a split of gaming revenue with its partner.