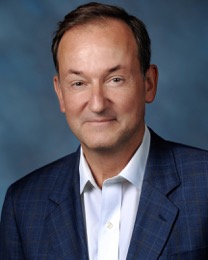 Twenty years ago, the formation of the Gaming Standards Association was a seemingly innocuous event that had a huge impact on the gaming industry. The GSA rapidly began setting technical standards for the industry that proved to be profitable for operators and manufacturers alike. Peter DeRaedt was there in the beginning and remains the GSA president today. He spoke with GGB Publisher Roger Gros in Las Vegas in February about the 20th anniversary of one of the industry’s most important organizations. To hear a full podcast of this interview, visit GGBMagazine.com.

GGB: Congratulations on 20 years of progress with the Gaming Standards Association. Tell us how it started.

Peter DeRaedt: In 1997, we informally met with about five companies on behalf of John Acres, who at the time had patents with respect to bonusing. The only way that he could promulgate these patents and this technology was with some kind of a standard that would be agreed to by the industry. Following that, the organization was officially created in California as a nonprofit organization in 1998.

What were some of the first actions taken by the organization?

It shifted quickly to the creation of the exchange of information data standards, which predominantly was SAS. We wanted to come up with something that’s more open, more flexible, that’s architected for the future, and we did that. That was in 1998, and we soon attracted the attention of some of the larger operators like Park Place, Mandalay and Caesars.

So, moving forward, it was a challenging time. Operators joined us, a company would leave and come back. Intellectual property became an issue, antitrust laws, all the things you have to do in an organization to make sure that people are comfortable participating. And I think we did that. It’s not been an easy road; I’m incredibly grateful for all those engineers and especially those companies at the beginning and today that support us. I think we created a significant number of standards to a variety of success. But do not ever forget that the mission of the organization is trying to help the industry.

The mission of the organization is not to become an innovator and go out there and find out what the industry needs. Generally, the industry identifies a problem, and they come to GSA for a solution. And we will do that.

So it was the operators that really were the genesis behind this. In the early days, slot machines had to be connected by the two- and three-wire systems because they were all talking different languages.

It was a challenge. Don’t forget this is a very small industry, with a few suppliers—and now there are even fewer than there were at that time. So when we moved from a manufacturers’ association to the Gaming Standard Association, meaning where the operators, which are part of the industry, participate, that was a big shift. Everybody needed to start feeling comfortable; we did that.

Initially it was BOB—Best of Breed, which was demonstrated at the gaming show at the time, and that evolved into the G2S, the Game to System, which was a combination of BOB and SuperSAS. Then the industry decided, “Let’s create a single standard.” Remember that creating these kinds of standards with these kinds of technologies, in a gaming industry that’s very heavily regulated, takes time. And it takes time from multiple levels, including resources: you might have had the right resources to deal with the XMLs, and the Ethernet standards. If you don’t have the right hardware, hardware needed to be redeveloped and redesigned and approved. These are cycles of multiple years.

Once that was done, we got finished, probably about 2007, when G2S was first released as an open communication standard. I think the value we created at the time, and the flexibility, if operators would only understand, I think it would circle back around. But some operators have left. And that’s very unfortunate, because we all understand that if customers want something, they demand that things happen. If you don’t do that, well then, you have to buy whatever is on the shelves.

And that is what happened in this industry, for now, even 20 years later, almost. Canada is a bit different, and Europe and the rest of the world are different, as well.

Yes, last year. It’s taken us a year to work through the mechanism of the legal issues, as to how to establish it, where to establish it… a lot of policies. We chose the country of Malta because of the large number of online gaming companies located there. They have very clear regulations for the online gaming, which is important for us. They spoke English, which was a benefit. And they were less expensive than some of the other English-speaking countries in Europe.

So iGaming is a big factor in Europe?

Yes, GSA got involved in identifying needs in the online gaming industry in 2012, believe it or not. And it was our land-based casino suppliers who identified certain areas that we should be focusing on. And we did. It’s taken four years. By that time that we got some of the larger online gaming manufacturers and suppliers on board—the Playtechs and the Microgamings—because they saw the need for standardization in this space. We’re just about to release our first product, TPI, which is a third-party game content interface. In other words, TPI connects the remote gaming servers with the platforms. It reduces the stack of the software needed to accomplish this. That is one of the first initiatives of GSA Europe.