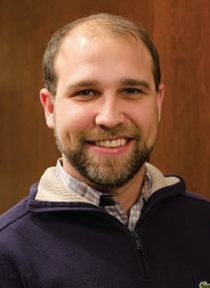 As the corporate director of revenue management at Boyd Gaming, Howard Copen oversees the yield management for one of the fastest-growing companies in gaming. He also plays a major role in managing Boyd’s third-party hotel relationships and hotel-related innovative technologies, while helping manage and expand the operator’s portfolio of 30 casinos and 20 hotels. He enjoys the diversity of his properties, spanning Las Vegas and regional markets.

Copen was destined for the gaming world from a very young age. Although his parents’ careers were in medicine, the young Floridian was enthralled with his family’s trips to the local horse track, where he learned early on how to handicap the races. He attended the University of Wisconsin-Madison for a year before returning home to pursue his passion for the industry by enrolling in Florida State University’s hospitality program. Upon graduation, his persistence in calling a casino in an attempt to enter a management training program led him to be referred to and accepted into Pinnacle Entertainment’s Executive Development Program.

In his time at Pinnacle, Copen worked at Belterra Resort in southern Indiana and at L’Auberge du Lac in Lake Charles, Louisiana. In Lake Charles, the ambitious Copen moved quickly from centralizing housekeeping inventory to overseeing all of housekeeping. It was there that he started independently forecasting hotel occupancy because he observed mismatches between actual occupancies and housekeeping staffing levels. “It didn’t feel fair to cut people that we had scheduled,” he said, “and that’s really how I got started in revenue management.”

After earning his MBA, Copen went to Atlantic City to work for Dennis Gomes at Resorts. There, he managed labor, special projects and hotel yield. Following Gomes’ passing in 2012, Copen stayed at Resorts through the first year and a half of the Mohegan Sun partnership, before packing his bags for Las Vegas to become director of hospitality innovation at Palms.

It is apparent that innovation is one of the most exciting things Copen works on, noting proudly that the Las Vegas drive-in market responds well to 24-hour checkout, which he implemented at Palms. Having worked closely with revenue management software company Duetto throughout his career, and with Palms going through some transition at the time, Copen was quickly hired by Duetto to oversee its global gaming accounts, a role in which he served from 2014 to 2017.

On his move to Boyd Gaming in September 2017, Copen says, “I loved what I was doing at Duetto, helping clients see the value in using their data to better forecast hotel occupancy and adjust pricing. But I was excited by the prospect of getting back to operations, and Matt (Ryan, CMO at Boyd Gaming) is really forward-thinking and analytics-driven. He’s technical, and I knew I could learn a lot from working with him. Plus, it’s an exciting time to be a part of Boyd Gaming’s growth.”

Asked about his mentors, Copen pauses, and gives credit to many people he’s worked with throughout his career.

“I think there are really three that had a profound effect on my career,” he said. “Dennis Gomes was my marketing mentor.” Their time together at Resorts was incredibly formative for Copen, and he credits much of his success to what he learned there.

“And Dan Lee,” with whom Copen worked at Palms, “was definitely my finance mentor.” Lee is the former CEO at Pinnacle and now heads up Full House Resorts.

Noting that they’ve only worked together a short time, Copen says that his third mentor is Ryan.

“Matt is really data-driven, and I’m learning a ton by seeing how he applies data and analytics to all areas of the business.”

Asked about his life away from work, Copen says he splits time between golf and spending time with his family—he has a brother nearby in California. Of course, he hasn’t left his love of horse racing behind either.

Asked if he spends much time down at DelMar, Copen laughs, “Sometimes, sometimes. Probably Santa Anita a little more often.”