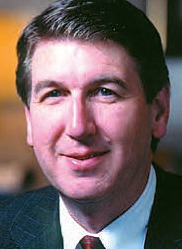 The Isle of Capri Casinos board of directors last month elected James B. Perry as chairman of the board following the death of the company’s founder and former chairman, Bernard Goldstein. In addition, the board nominated Richard A. Goldstein to stand for election to the board at the upcoming annual shareholders meeting in early October.

Considered one of the most respected executives in the gaming industry, Perry joined Isle of Capri Casinos as vice chairman of the board in 2007; he was named chief executive officer and executive vice chairman in  March 2008. Prior to joining Isle of Capri Casinos, Perry held leadership roles with Trump Entertainment Resorts and Argosy Gaming. Under his guidance, Argosy was transformed from a struggling operator of regional riverboat casinos to a company with one of the strongest balance sheets in gaming. The company was sold to Penn National Gaming under his leadership.

Goldstein, son of the late Bernard Goldstein, serves as president of Alter Energy, LLC, and serves on the board of directors, and is executive vice president, of Alter Company. He has been an officer/director of several affiliated river transportation companies engaged in stevedoring and equipment leasing since 1983.