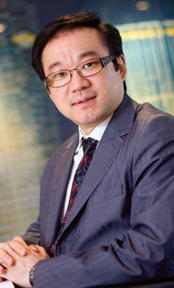 Success in gaming is all about relationships, and in China, home to the most consistently lavish gamblers in the world, this is true more than anywhere else. It’s a culture defined by relationships—business, personal, familial—and gambling mirrors it in the bonds between junket and player, casino and player and casino and junket.

No one grasps this better than Kelvin Tan, the marketing guru who has been instrumental in putting Melco Crown Entertainment on the map in Macau as a destination for some of the most lucrative VIP and high-limit cash players in the largest casino market in the world.

Affable, experienced, smoothly accomplished, the 47-year-old Tan learned the secrets of the Asian high-roller mentality from one of the masters, Jack Lam, chairman of Jimei Group and a pioneer of the junket industry throughout East and Southeast Asia.

Tan was formally educated in the States—he holds an advanced degree in finance from Indiana University in Pennsylvania and has studied at the Executive Development Program of the University of Nevada, Reno—but his real school was Lam’s Fontana Leisure and Resort, the company behind one of the Philippines’ most popular holiday getaways, Fontana Leisure Parks about 70 miles north of Manila at the site of a sprawling former U.S. military base. Fontana is home to one of the country’s largest privately operated casinos, and by his early 30s Tan was running the place as chief operating officer, one of the youngest in the business. He went on to found a consulting firm offering strategic planning, feasibility studies, valuations and junket development programs for casinos across Asia.

A few years later he was making his name in Macau with the Sands China empire as a vice president of business development at its Venetian Macao operating division, where he led the team charged with expanding the company’s “premium mass” trade, the prized high-limit cash players who have emerged as one of the drivers of the Macau revenue boom. Significantly, he also was part of the bid team that helped parent Las Vegas Sands secure its Singapore casino license.

It was from the Venetian, in 2009, that he made the move of his career in crossing the Cotai Strip to Melco Crown on the eve of the opening of the young company’s flagship City of Dreams. The resort was an immediate success thanks to the crucial junket partnerships he solidified in the early going.

As an executive vice president and head of international marketing for City of Dreams and Altira Macau, Tan directs the VIP Services division, manages an extensive overseas branch network and keeps it together with the more than 50 junkets that call the two resorts home. He is regarded as highly as ever as one of preeminent relationship-builders in the elite world of VIP baccarat, the source of two-thirds of the $40 billion Macau market.

It’s a tribute to his skill and energy that Melco Crown today enjoys an outsized 14 percent share of the city’s gaming revenues, good for fourth place in the market and ahead of both MGM and Wynn Macau in an intensely competitive field.