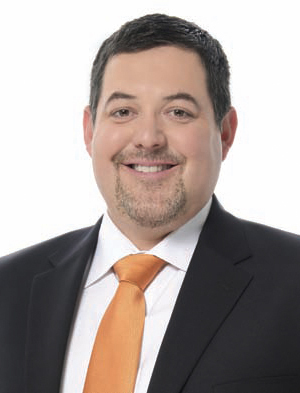 What will the gaming community watch Joe Olujic do in 2014?

Take a deep breath, for starters.

The chief operating officer of Osage Casinos opened not one, but two Oklahoma properties, two weeks apart in December.  It was a coming-of-age project, giving the seven-casino family its first two hotels in a fiercely competitive market. Olujic, who celebrated four years at the helm on December 1, knows the investment will grow the tribe’s market share and identify it as a more high-profile player.

That’s why he could laugh about the labor pains as the opening dawned.

“I tell people, ‘Remember we wanted to do this,’” he jokes, mirroring executives who have compared them with child birth, “and that this was our idea.”

The unveiling completed a year-long push that brought the Osage casinos into a new era. Its properties operate within an hour and a half of each other in gaming’s most saturated state. There are approximately 110 casinos in Oklahoma, prompting a constant temptation to upgrade. Properties need to enhance their product, but do so sensibly.

“We were looking at the Tulsa market recently,” Olujic says, “and for every gaming position, there are only 9.3 adults. For the entire state, the number is only 45 adults for every slot machine. To get some perspective on that, in California the number of adults per gaming position is well over 1,000.

“It is very competitive here. Our focus truly is service. We combine a good quality gaming experience with a certain time-on-device expectation. We are setting up facilities in which they are going to be entertained. Although you can’t be everything to everybody, we want to be the gamer’s place to game.

“We feel that we have raised the bar very high for a competitor who would want to come into this market.”

The Osage property in Skiatook will include 33 rooms, and the facility in Ponca City features 48. They both have suites. Both establishments will feature the upgraded symbols of pools, hot tubs, lobby bar, sports bars, fitness and banquet facilities. Besides driving foot traffic, the hotels can be used as a magnet for communities to generate business, he says. Hotels can give them everything from a place to run a convention to a spot to house players in a baseball tournament.

Olujic believes the Osage interests will benefit from this investment in 2014. Look for them to consider further renovations in the next couple of years.

Gaming and tribal ties have long run in Olujic’s family. His brother Michael is the general manager at the Wildhorse Pass in Phoenix.

Olujic is a member of the Oneida Tribe of Indians from Wisconsin. He has been in gaming for 13 years, and previously served as assistant general manager of finance for the Oneida casinos in Wisconsin.

“There were seven casinos there, too,” he laughs.

Perhaps Olujic can author a new gaming phrase: “Seven In.”