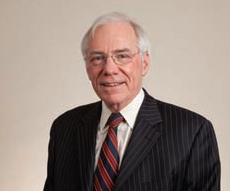 That’s why the esteemed Massachusetts Appeals Court judge joined the state’s gaming commission nearly two years ago. McHugh had capped his 26-year judicial tenure by gaining the coveted William H. Rehnquist Award for Judicial Excellence in 2011. The Rehnquist Award is presented annually to a state court judge who exemplifies the highest level of judicial excellence, integrity, fairness and professional ethics. Chief Justice of the United States John G. Roberts Jr. presented the award to McHugh at the U.S. Supreme Court in Washington, D.C.

What a way to go out.

Yet when retirement dawned, McHugh sought a different experience. He became part of a commission that will award up to three gaming licenses in the state. Once doors open, that will bring billions into the state’s coffers. The actions of his five-member body will be prominently watched by the gaming industry in 2014.

McHugh understands the tightrope he walks. Complaints have come from frustrated gaming industry applicants, who contend the licensing process is too stringent. Massachusetts, in their view, has been painfully slow to award a gaming license. McHugh does not dismiss industry concerns about the commission process, and his tone is congenial.

A “surrounding community” that doesn’t get on board with a casino plan may end up filing a lawsuit against it. That’s a situation the commission would like to avoid.

One recent event highlighted the sticky situation. When Caesars wanted a license, voters of East Boston rejected gaming, but constituents of neighboring Revere approved it.  Caesars pulled out, but Mohegan Sun and Suffolk Downs later announced plans to build a sprawling facility on the Revere-only side of the racetrack. Did the old vote cover the new deal? Questions, questions, questions.

If the commission approves the Mohegan-Suffolk arrangement, the awarding of the first license would come down to Wynn or Mohegan, sometime in the first half of 2014.

Gaming interests can’t move quickly enough, but McHugh says the enthusiasm must be mixed with protocol.

“We are in one of the most intense, thoughtful, watchful media markets in the nation,” McHugh asserts. “We have got to get this right. Yes, sometimes we are walking a tightrope. It is clear that the legislature wanted us to go fast enough to be relevant, but slow enough to make sure we have got it right. We firmly believe we are on the right track.”