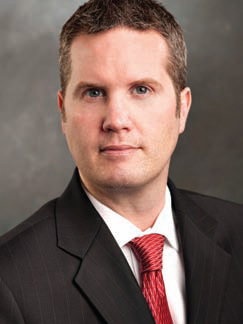 Grant Govertsen is not only one of the most respected financial analysts covering the gaming industry today; he’s earned that respect on two continents, which makes him unique among his peers and really something of a pioneer, like his parent company, Las Vegas-based Union Gaming Group, which he co-founded.

As head of Union Gaming Research Macau, Govertsen’s focus since arriving in the booming Chinese casino enclave early in 2011 has been squarely on the city’s leading Hong Kong-listed operators, and investors have reaped the benefits of the groundbreaking research he’s been able to undertake as a result. He’s shed enormous light on a market that was growing at astonishing rates when he arrived but was opaque to many, especially in the West. He did this mainly by stepping out front in identifying the importance the mass market was beginning to play in that growth story.

He’s drilled down into issues impacting transportation, immigration, retail sales, consumer financial services and exchange rates—not the kinds of things investors were accustomed to taking into account—with regular reports that comprise a body of original thinking composed in clear, simple language that have done more than any sophisticated spreadsheet in making Macau comprehensible. In uncovering its essence as a big-picture play on the emerging might of the Chinese, and greater Asian, middle class, he’s been instrumental in reshaping how we think about the market as a destination.

His background has been varied and constructed almost ideally for the role. He was six years on Wall Street providing supporting research coverage for Deutsche Bank’s gaming platform and serving as lead analyst for the bank’s Lifestyle Brands & Leisure Products sector. He began his career with Coopers & Lybrand in the firm’s Financial Advisory Services group and worked at several boutique consulting firms prior to joining Deutsche Bank, providing feasibility and market studies related to gaming and real estate.

It was at Deutsche Bank that his enthusiasm for the industry flowered in the company of fellow sell-siders Bill Lerner and Rich Moriarty. When the bank’s interest in casinos waned during the financial crisis they bolted, setting up shop in Las Vegas to devote their considerable knowledge and credibility and their combined energies to gaming exclusively.

Union Gaming Group today is the umbrella for an array of companies specializing in global equity and credit research, investment banking, trading and gaming-related market and economic analysis.

UGRM is its Asian eyes and ears, and hasn’t hesitated under Govertsen’s leadership to explore beyond the six big listed Macau names, raising awareness of diamonds in the rough like Cambodia’s NagaCorp and defying the skeptics by initiating coverage of Hong Kong-listed Louis XIII Holdings, a fledgling company for which the group has helped secure critical financing to develop a luxury boutique resort on the Cotai Strip.

“Raising capital in Asia versus the U.S. makes some sense because it shows you’re dedicated to the region,” he says. “Optically, that’s important if you’re Beijing or, by extension, the Macau government. It’s showing that you really want to be rooted in the region, that it’s not foreigners necessarily becoming rich via stock appreciation. It’s also Chinese people, Chinese investors, Chinese funds. So that’s good.”