Director of Food and Beverage, The Innovation Group 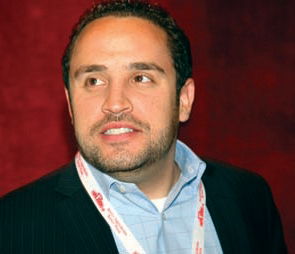 He was born and raised in the Big Easy, but David Rittvo’s voice carries no trace of his native Delta. Perhaps it’s his lineage—Rittvo’s parents are New Yorkers—or the fact that he’s lived and worked around the world, from New Orleans to Aspen, from London to Singapore. As a director of food and beverage for The Innovation Group, a specialty adviser for the gaming and hospitality industries, Rittvo is always on the move, helping clients streamline operations, optimize menus, enhance marketing and remain competitive in a notoriously cutthroat industry.

Rittvo’s apprenticeship began early. At 13, after interviewing the head chef at Emeril Lagasse’s Nola as part of a school project, he was invited to spend a day in the kitchen.

“I showed up at 7 a.m., washed 17 pounds of spinach and peeled 20 pounds of shrimp, and thought it was the best,” Rittvo says. “I caught the restaurant bug right there.” While studying hospitality management, development and finance, he worked as a line cook, waiter and bar back.

The experience served him well. “Growing up in the back of the house doing 12-hour shifts teaches you a pretty serious work ethic, and to couple the operational side with the analytical side gives you a lot of credibility,” he says. “When I walk into a casino, I’m not just the guy who sits behind a desk and looks at numbers.”

During his career, Rittvo has worked with the superstars of the industry including Lagasse, Robert Earl, Jean Georges Vongerichten and famed mixologist Salvatore Calabrese. He also served for a time as manager of the elite Boulevard restaurant in San Francisco (“a $16 million-a-year machine”). But Rittvo is equally comfortable helping fast-casual chains like Papa John’s Pizza integrate into the casino environment.

In a struggling economy, he says, it’s more important than ever to offer value and service along with a great menu, particularly as casinos get more revenue from non-gaming attractions.

“Las Vegas just hit above 50 percent in non-gaming revenue including retail, food and beverage and entertainment. For smaller regional casinos and at some of the Native American casinos across the country, gaming is still the majority breadwinner, so it doesn’t have as much impact on the bottom line,” Rittvo says. “But no matter where you are, it’s still important to differentiate yourself. Coming out of the recession, guests have really traded down, going to mid-level restaurants instead of the steakhouse. Though spending is starting to return, people are a lot more conscious of the price-value relationship.”

In some cases, restaurateurs can painlessly boost price points by adding a little showmanship, “a higher level of experience.” It can be as simple as dressing up the drinks, replacing shots and mixers with craft cocktails that include fresh-squeezed juices and garnishes like salsa agave nectar.

“The product basically costs the same,” explains Rittvo, “but I can charge a couple bucks more.” Microbrew and artisanal beers?—“a step above Budweiser”—remain strong and have higher profit margins. Customers like to patronize local enterprise, so farm-to-table and locavore menu items still make sense; done well and marketed correctly, they also can make money.

So, what’s most important in today’s casino restaurant: the menu, the price or the service?