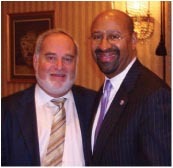 Hot-button issues surrounding what is arguably the strongest U.S. gaming jurisdiction were discussed and debated in February when the sixth annual Pennsylvania Gaming Congress and Mid-Atlantic Racing Forum was held at the Valley Forge Convention Center in King of Prussia.

The conference, organized and produced by Spectrum Gaming Group, centered largely on the new game in the state, as nine current casinos prepare to add table games to their slot operations within the next several months and new facilities prepare to open as full-blown casinos. Other highlights included the prospects and plans for the remaining six casinos authorized under the law-notably the two in Philadelphia and the resort casinos that are now being licensed-and Pennsylvania’s growing stature in the overall gaming industry, as the state surpassed Atlantic City for the first time in December as the third-highest gaming revenue-generator in the U.S.

Another highlight was a luncheon keynote address by Philadelphia Mayor Michael Nutter, who originally opposed casinos on the Philadelphia waterfront, but who now says the city “is welcoming of the two new casinos.”

At the opening keynote panel discussion, Kevin O’Toole, executive director of the Pennsylvania Gaming Control Board, noted that $1.19 billion has been given to property tax relief since the first casino opened in 2006. O’Toole also heralded the job creation thanks to casinos in the state, which currently employ 8,082 in nine casinos, with “family-sustaining, living-wage jobs,” a number expected to at least double with the addition of table games, not to mention the opening of five new casinos in the next two years and a sixth in 2017.

The challenge of getting table games up and running was addressed not only in panels featuring lawmakers and operators, but in a regulatory panel, during which Doug Sherman, chief counsel of the gaming board, estimated that full implementation of tables will take six to nine months.

At the panel of operators that ended the conference, Philadelphia Park President Dave Jonas predicted that table games will “kill” Atlantic City. Asked to predict the reaction of Atlantic City casinos to the addition of tables in Pennsylvania, Jonas said, “They haven’t even responded to slots. No one (in Atlantic City) has spent any money since Pennsylvania started hammering them.”

The keynote panel, which kicked off the gaming portion of the conference, featured key Pennsylvania lawmakers who addressed the issues surrounding not only table games, but regulatory reforms included in this year’s new table game law.

Pennsylvania Auditor General Jack Wagner, a former state senator and current gubernatorial candidate, noted at the panel that the gaming law was sold to the General Assembly with three key purposes-the first being to save the state’s racing industry; the second to create jobs; and the third to give state residents property tax relief.

Much of the keynote lawmaker’s panel dealt with the amendments in this year’s gaming law, designed to reform the 2004 law but criticized as loaded with special-interest amendments. Rep. Dante Santoni, Jr., the House Democratic leader, defended the bill against attacks from Rep. Mike Vereb, who said he voted for earlier versions of the legislation, originated as Senate Bill 711, but changed his vote only after several provisions were added to please certain lawmakers’ constituents.

A prime target of Vereb’s criticism was the provision added to the compromise bill at the last minute that gave the gaming board the authority to extend the deadline for the Foxwoods Philadelphia partners to submit a financing plan-a provision that may be rendered moot if the board approves the takeover of majority ownership in the project by Wynn Resorts, a development announced only as the conference ended.

Vereb also criticized the heavy-handed tactics of Pennsylvania Governor Ed Rendell, saying he held the state’s colleges and universities “hostage” by refusing to release education aid until the table-game bill was approved, and then held state employees hostage by threatening 1,000 job cuts without passage of the law-cuts he said would not have actually been necessary even without table game revenues.

Other highlights included a panel of Wall Street analysts who gave projections as high as 15 percent for revenue increases this year in Pennsylvania, even with table games not expected for six to nine months. Projections on the impact of Pennsylvania table games on Atlantic City casinos ranged from 3 percent all the way to 15 percent.

The analysts said the strongest results for Pennsylvania will come if hotels are added, particularly for those like Sands Bethlehem that are away from urban areas.