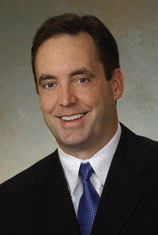 The path to legal online gaming in Pennsylvania may have just gotten much shorter.

The Pennsylvania House Appropriations Committee voted last month to clear a budget plan for 2016 that includes a provision to legalize online gambling within the state’s borders. The proposed budget plan reportedly includes $120 million as the state’s portion of projected online gaming revenue, with an additional $24 million from related license fees.

The House plan is at odds with a separate budget plan in the Senate, which has outlined expenditures but does not break out any potential revenue sources. According to online news site Casino News Daily, state Senate Majority Leader Jake Corman said the Senate is not likely to support iGaming legalization or any of the other gaming expansion measures at this point.

Even if iGaming were legalized before the end of the year via the state budget, implementing legislation setting out the rules would still need to be cleared.

The most likely rules scenario is included in a bill cleared in November by the House Gaming Oversight Committee that would legalize a complete slate of online poker and casino games. Online gaming licenses would be required to be held by the state’s land-based licensees, for a one-time license fee of $8 million. Online gaming revenues would be taxed at 14 percent, with another 2 percent going to host communities. The full House is expected to vote on that bill soon.