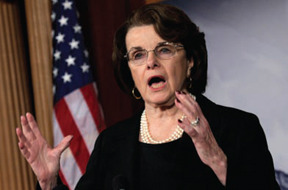 The Pechanga Band of Luiseño Mission Indians-led coalition of seven gaming tribes has offered a solution that it hopes will end the deadlock over a “bad actor” clause in the iPoker bill by suggesting to California Rep. Adam Gray that he include language into his bill, AB 2863, that would prevent PokerStars from participating as a provider until 2026. It would also pay million once PokerStars enters the market.

Gray’s original version of his bill included no “bad actor” language. However, under pressure from the Pechanga group, which includes the

Lytton Band of Pomo Indians, the Capitan Grande Band of Diegueño Mission Indians/Viejas and the Capitan Grande Band of Mission Indians of the Viejas Reservation, Gray added a provision that defined bad actors as those who offered illegal online gaming to Californians after 2011. By “bad actor” Pechanga means anyone who operated sites after the passage of the Unlawful Internet Gambling Enforcement Act of 2006, which includes PokerStars.

In 2011, the Department of Justice concluded that the Federal Wire Act was meant to prohibit online sports betting, but not online poker. That was also the year that PokerStars left the U.S. market.

That wording included a provision where bad actors could not participate until 2021 unless they paid $20 million to the state. Even then they would not be allowed to use customer lists compiled before they obtained a California license.

Gray is very anxious to try to win over the Pechanga coalition since his bill, being a financial bill, would require a two-thirds majority of both houses of the legislature.

Pechanga’s position is at odds with a majority of card clubs, racetrack interests and gaming tribes, including the Barona Band of Mission Indians, the Yocha Dehe Wintun Nation and the Table Mountain Rancheria, who are pushing for legalization of online poker, including a coalition that has partnered with PokerStars.

Pechanga sent a letter to Gray outlining its position and saying that it would drop its opposition to the bill if it gets its way.

“We note that this represents a significant concession from our long-standing position of permanent disqualification of assets used in illegal activities, and provides a pathway for offshore service providers to access the California market,” says the letter.

It implies that the only reason anyone would oppose its amendments are to allow those who have broken the law to operate in California.

A spokesman for Amaya, which owns PokerStars, answered Pechanga’s letter:

“It is a shame that obstructionist forces continue to block the passage of a pro-consumer online poker bill in California. We finally have real progress this year, with the majority of gaming tribes supporting the legislation, along with the AFL-CIO, SEIU, Teamsters, horse-racing tracks, card rooms and gaming operators. Unfortunately, a recent amendment to AB 2863 is unconstitutional, and our opponents seem intent to expand upon that flawed and unconstitutional language.”

Some of the largest card clubs in the Golden State, including the Bicycle Casino in Bell Gardens, Commerce Casino and the Gardens Casino in Hawaiian Gardens, and some of the largest gaming tribes, back the bill. A provision that could pay the horse-racing industry as much as $60 million annually caused the industry to withdraw its demand for a place at the table.

U.S. Senator Dianne Feinstein opposes the bill, and has asked the legislature to reject it because, she says, poker sites “provide ready avenues for money laundering and other possible offenses…  and, they are harmful to children. For those reasons, I am firmly against internet gambling.”

Gray has left the door open to further revisions of the bill. His chief of staff, Trent Hager, told the Daily Breeze, “This has been a complicated negotiation given the large number of various interests involved. The good news is all sides agree that the current lack of consumer protection is unacceptable. Real progress is finally being made, and we are optimistic an agreement can be reached.”