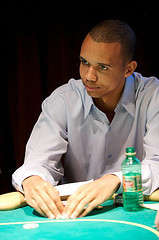 Costa Rican authorities in May raided the offices of PokerStars, Absolute Poker and Ultimate Bet in an attempt to apprehend the fugitive owners of those sites. Members of the nation’s Organismo de Investigaciones Judiciale sent workers home while they searched for the fugitives.

PokerStars, however, said the target of the raid was not the owners. In a release, the company said, “Costa Rican officials today visited PokerStars’ customer service center in Costa Rica in order to review the operations. We cooperated fully with the officials and following their review, the customer service center was reopened with the approval of the local authorities.”

At Blanca Games, the parent company of Absolute Poker, things were a little more serious. Television news coverage showed computers and records being carted away. And the company said it was “liquidating” its workforce as it turns its attention to non-U.S. business.

Absolute Poker and two of its founders—Scott Tom and Brent Beckley—were named in the indictments handed down on April 15. Both are still at large.

Blanca issued a press release denying that it planned to enter bankruptcy, but confirming that it is restructuring non-U.S. operations.

“This decision comes after considerable review and analysis of the impact that ‘Black Friday’ has had on the business as a whole,” the statement said. “The workforce has been liquidated, and the process of rehiring approximately 20 percent of staff in key positions has commenced. All affected employees have been informed of this necessary restructure.”

In May, Absolute Poker reached an agreement with the Justice Department to return funds to U.S. players. The funds were reportedly being held by a third party, which would facilitate their return.

“Absolute Poker has reached an agreement with the United States Attorney’s office for the Southern District of New York (SDNY),” the company said in a release. “Under the agreement, the U.S. Attorney’s office has agreed to provide all necessary assurances that third parties may work with Absolute Poker to facilitate the return of funds, currently held by third-party processors, to players located in the U.S. This provision is an important step to returning U.S. player funds.”

In April, the Justice Department made a deal with PokerStars to return its domain name as long as the company used the reactivation to return the funds of U.S. players who requested them. (DOJ did not return the Absolute Poker domain name.) The same deal was offered to Full Tilt, but fund returns have not yet begun. Full Tilt issued another statement about the status of points and tournaments, but has yet to set up a procedure to return the funds of U.S. players. The company said the return of  U.S. funds would be further delayed.

Player frustration at Full Tilt is increasing, however, as the company has failed to start the payment process months after the indictment. While it could not be verified, some experts speculated that Full Tilt comingled account money with company operational funds, while PokerStars created escrow accounts with customer deposits. That, however, would explain the delay in returning the funds.

Top professional poker player Phil Ivey announced that he will not participate in the 2011 World Series of Poker, which began in late May at the Rio in Las Vegas, because of embarrassment over the failure of Full Tilt, his sponsor, to pay U.S. players after the Black Friday shutdown.

Ivey, a winner of eight WSOP bracelets for individual event titles, complained that Full Tilt is the only one of the three banned sites that has yet to initiate repayment.

“I am deeply disappointed and embarrassed that Full Tilt players have not been paid money they are owed,” Ivey said in a statement. “My name and reputation have been dragged through the mud, through the inactivity and indecision of others, and on behalf of all poker players I refuse to remain silent any longer.

“I am equally embarrassed that as a result many players cannot compete in tournaments and have suffered economic harm,” Ivey added. “I am not playing in the World Series of Poker as I do not believe it is fair that I compete when others cannot. I am doing everything I can to seek a solution to the problem as quickly as possible.”

Part of that effort is a lawsuit Ivey filed against Full Tilt operator Tiltware, seeking a court order to pay back unsettled player accounts.

While Ivey’s protest seems magnanimous, his earnings from Full Tilt over the past several years have been enormous. According to High StakesDB.com, Ivey’s haul from Full Tilt since 2007 has been almost $19 million.

Other poker pros who made their names on the indicted sites are abandoning them—some going overseas—and are being replaced by a new crop of players. Blog posts from Ultimate Bet pros Joe Sebok, Bryan Devonshire and Dave Stann indicate a possible exodus. Stann’s post said he is “strongly considering going ex-pat and moving overseas.” He also said he was only weeks away from the launch of a new tournament blackjack program when the indictments were handed down.

According to the website TightPoker.com, most of the top poker players have moved out of the spotlight and are no longer making news, and are ready to be replaced by a new group of unknowns.