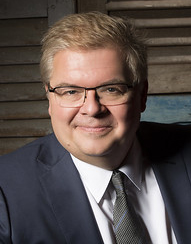 Paul Steelman has had a great year. In October of last year, the Circa casino hotel in Downtown Las Vegas debuted, the first new project in Downtown in 20 years. And then in June, Resorts World Las Vegas opened on the Strip, the first new resort there in more than 10 years. Like Circa, Resorts World has broken new ground and promises to be the model for the integrated resort anywhere in the world for the next decade at least. Steelman talks about his collaboration with Genting Chairman KT Lim and how new technology played a role in the 10 year design process at Resorts World. He spoke with GGB Publisher Roger Gros at his Las Vegas office in October.