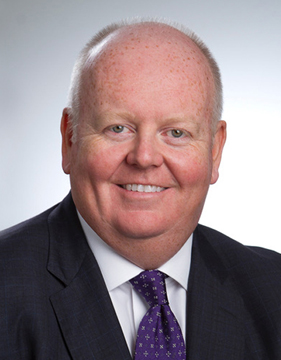 Paul Burns was instrumental in the launch of the Canadian Gaming Association in 2005 and became the vice president at that time. In 2018, he was appointed president and CEO and recently led a successful effort to establish full sports betting in Canada via a bill in Parliament. He explains how that came about and what to expect as the provinces are now acting to establish sports betting. Burns also talks about the long shutdown endured by Canadian casinos and how they survived it. He spoke with GGB Publisher Roger Gros at G2E in Las Vegas last month. (See video of the interview at the bottom of page).

GGB: Congratulations on finally getting the bill passed in the Canadian Parliament to legalize full sports betting in the country. Tell us how that came about.

Paul Burns: Well, it was a long time coming. We first started working on passing a bill in 2011. And the success was quick… and then not so quick. We got the bill passed in the House of Commons and then it died in the Senate, where they refused to vote on it for three and a half years. This was bill No. 4. This time we had great help from the senators whose position had shifted over the years. The big difference was the professional leagues were there with us. The commissioners of the CFL and the NHL appeared before the committees. Those voices needed to be heard. We built this great coalition over the years with labor, casino workers, municipalities and the amateur athletic community in Canada all behind us. When it came to the hearings, the gaming industry wasn’t at the forefront, so we could talk about regulations and the black market in Canada.

To be clear, there was legal sports betting in Canada before this but you were required to make parlay bets, which didn’t resonate well with the public?

That was because it was legal under the lottery, where you sometimes had to make three bets. We estimated that the handle for the legal provincial sports betting in Canada was $500 million a year, where the offshore sites were doing $4 billion. And when you added organized crime into the equation, it was more like $10 billion. The product wasn’t right for the consumer, and when you can’t find what you want legally, you’ll find it somewhere else.

How much did it help when PASPA was struck down in the U.S.?

That clearly helped. And the media penetration was tremendous. Most Canadians live within two hours of the border, so this was significant. You’d turn on the TV and see sports betting advertising. That also led the gray market in Canada to do more advertising. So the volume kept going up and up, and it hasn’t stopped yet.

The devil is in the details, of course. Are you happy with the final shape of sports betting now that the bill is law?

The great part is that once the bill was passed we were done with the federal government’s involvement, so now it’s up to gaming regulators to do their work. The association has a committee where industry and regulators can talk through issues. Together, we set standards for cashless technology in casinos and then moved on to sports betting. So we were able to share knowledge with everyone. We invited regulators from the United States, professional handicappers, sports leagues, operators. We talked about fantasy; we talked about everything.

How many provinces are considering sports betting?

Ontario was the first to get their standards out. All the products are available in Ontario, from daily fantasy to online to in-game betting. Other provinces are now working on it. In Canada, the provincial lottery corporations always have an upper hand with their products, so most of their online sites have been launched. There’s no retail open yet, and we’re a little concerned about how long that’s taking because we think that will drive business back into the casinos as we start to recover from Covid after the long shutdowns we’ve endured.