Try that formula to get where you want to be 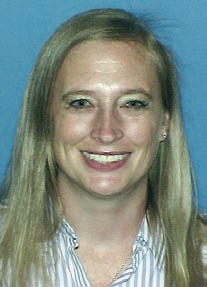 It seems as though sometimes life is just a roll of the dice.

I grew up in a small town on the Jersey shore about an hour and a half north of Atlantic City. Straight from high school, I went to college at the University of Richmond. There, I earned a bachelor’s degree in political science with a minor in Spanish.

Immediately upon my matriculation, I enrolled in graduate school at the University of Nevada, Reno, where I earned a master’s degree in political science. I continued my studies and earned most of a Ph.D (yes, I’m one of those people who worked and worked on a Ph.D and then abandoned it once a gainful employment opportunity presented itself) in, you guessed it, political science.

So there I was, somewhere in my mid-20s with several degrees in a field that lent itself to exactly no career path whatsoever. My parents were so proud. If you ask my dad, he’ll tell you that the only reason I got so many political science degrees was because of inertia… It just kept pushing me along. He has similar reasoning to explain why I studied five years of Latin.

I found myself employed in many various jobs post-graduation, and although they were all quite different, they all had one thing in common: they had absolutely nothing to do with my political science degree(s). Waitressing? Nope, unrelated. Program director for the Girl Scouts? Rewarding, sure, but still not related to what I’d spent years studying. Middle school Latin teacher? At least with this one I was able to put my ability to properly identify the ablative plural of a fifth-declension Latin noun to good use. But still not so much related to the science of politics. Graduate teaching assistant? High school guidance and counseling assistant? Girls’ soccer coach? No, no and no.

For years after graduation, my diplomas sat in a drawer collecting dust. Despite my mother-in-law’s many pleas, I refused to frame them, let alone hang them up; I didn’t need a continual reminder of my disappointment at their apparent uselessness.

Then, in 2009, just before I resigned myself to another semester of teaching core humanities to unsuspecting undergraduates, an opportunity presented itself. A job in the governor’s office! And not just any job, a job that required use of my degrees! For the first time since spending hundreds of thousands of (my parents’) dollars on college and graduate school, I was employed in a position that actually utilized my degrees.

Through my position at the governor’s office, I was able to transition into the position I have now as senior research specialist for the Nevada Gaming Commission—another position that requires the utilization of my degrees! It’s as if all that money spent taking classes wherein we discussed topics such as “political motivation” and “electoral behavior” wasn’t wasted after all.

There were quite a few years post-graduation that I thought I’d never find an actual “career.” It seemed I’d just bounce from job to job, contributing to our family income without ever really feeling fulfilled by my work. And yet, though it may have been a crapshoot, I have found a very rewarding and fulfilling career in gaming.

My position as senior research analyst for the Nevada Gaming Commission has allowed me the opportunity to be involved in history-making events, such as the legalization of online poker in Nevada, multi-state progressive jackpot systems and the interstate agreements for online poker liquidity.

I am engaged in analysis and policy-making on a daily basis. I liaise with the governor’s office on many topics related to the regulation of gaming, including efforts to make Nevada a more business-friendly state with regards to tax structure for gaming and ensuring that Nevada’s regulatory framework remains the benchmark for other jurisdictions both in the United States and throughout the world.

Additionally, I assist in the regulation adoption and amendment process from soup to nuts and monitor legislative activity as it relates to gaming on both state and federal levels. While I may have taken a more circuitous route to my current position, I’ve landed in a field that not only employs my degrees, but one that is developing on local, national and international levels.

The unpredictability of life, in fact, is what makes it charming. The rest is up to hard work, managed expectations and a little luck.