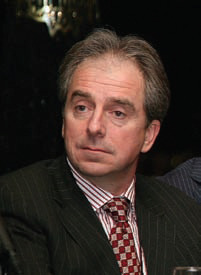 The last time major U.S. gaming companies announced agreements with leading online casino companies, the Department of Justice indicted the online companies a few weeks later. While it’s unlikely that the deal struck between MGM Resorts, Boyd Gaming and Bwin.Party will have the same result, it undoubtedly conjures up those images.

Just weeks after Wynn Resorts signed a deal with PokerStars and Fertitta Interactive reached an agreement with Full Tilt Poker, the U.S. Department of Justice handed down the now-infamous “Black Friday” indictments against the online poker rooms, causing them to cease activities in the U.S. and, in the case of Full Tilt, close its doors altogether.

The situation with Bwin.Party is completely different. When the Unlawful Internet Gambling Enforcement Act was passed in 2006, the then-PartyGaming withdrew from the U.S. Subsequent negotiations with the DOJ resulted in a settlement and a fine of more than $100 million. The new company, Bwin.Party, is free to operate in the U.S. in any legal online gaming jurisdiction without fear of DOJ prosecution.

Like all major U.S. gaming companies, MGM Resorts and Boyd Gaming have been looking at ways to get into online gaming once the activity is legal. While that hasn’t happened yet, it’s only a matter of time before the U.S. Congress or the individual states legalize online gaming of some sort. Most agree that online poker will be the first to become legal. The main product of PartyGaming in the U.S. was PartyPoker, the leading online poker site operating in the U.S. prior to UIGEA with at least 60 percent market share in the U.S.

Bwin.Party will submit a suitability application with the Nevada Gaming Commission immediately. Since Nevada is the headquarters of both MGM and Boyd, the regulators will be required to bless any relationship.

James Murren, chairman and CEO of MGM Resorts, says the deal makes sense for his company.

“MGM is proud to have Bwin.Party as our partner, as they have the assets and experience that, combined with our brands, can ensure a secure, fair and entertaining online poker experience,” Murren said in a statement.

The deal would divide equity in the company between MGM Resorts (25 percent), Boyd Gaming (10 percent) and Bwin.Party (65 percent). Bwin.Party would license its technology to MGM and Boyd, allowing each to offer online poker under their own brands. Bwin.Party has already licensed the brand of leading poker competition World Poker Tour.

“The intention of the joint venture is to take the PartyPoker brand and the World Poker Tour brand and our operating expertise and combine that with the regulatory expertise of MGM and Boyd,” said Jim Ryan, co-CEO of Bwin.Party. “Effectively, you will have four brands in the U.S., and all four brands will be acquiring players and putting them in one hub, one poker network.”

The deal is limited, however, to only online poker. “We see no evidence that a state or federal body is prepared to legislate anything other than poker,” says Ryan.

Las Vegas gaming analyst Union Gaming Group gives the proposed partnership good marks. The JV, says Union, “would capture 20 percent of the $5 billion online poker gross gaming revenues generated in the U.S. Assuming a gaming tax of 20 percent and an EBITDA margin of 30 percent, we are forecasting $300 million in annual EBITDA for the JV ($75 million to MGM and $30 million to BYD). However, we believe this could be notably supplemented by high-margin revenue fees. Lastly, we don’t anticipate MGM or BYD to fund any material capital other than soft costs associated with ultimate passage and modest amounts to build out the business (consistent with equity shares).”

Morgan Stanley analyst Mark Strawn sees the deal as a positive for Boyd and MGM, but says slot suppliers have to be disappointed.

“This deal appears to be a slight negative for the U.S. slot suppliers, as MGM and BYD appear to be bypassing their B2B solutions in favor of direct relationships with an experienced online provider,” Strawn wrote in a note to investors.