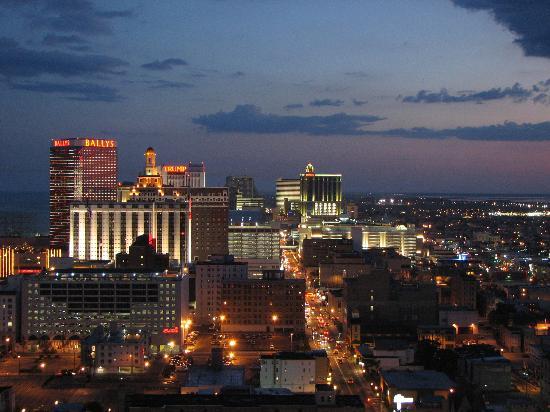 Casinos in Atlantic City are going all in when it comes to online gaming. Partnerships with internet gaming companies were announced for Trump Taj Mahal, Trump Plaza, Resorts Casino Hotel and Tropicana Casino Hotel, as properties in the city line up their alliances in the new and evolving form of gambling.

All 12 casinos made submissions to the New Jersey Division of Gaming Enforcement to seek permits to offer online betting, and revealed plans concerning internet partnerships. The DGE had set June 30 as a deadline for casinos to notify the agency that they had concluded or were pursuing partnerships. In February, Governor Chris Christie signed a bill to allow Atlantic City casinos to offer table games and slot games over the web to qualified players within state borders.

“For applicants that meet this filing deadline, the division will be in a position to determine if they can commence internet gaming operations by the go-live date,” said Lisa Spengler, spokeswoman for the DGE.

The aggressive launch date is scheduled for November 26, but could change as the DGE goes through its regulatory review of the partnerships, as well as evaluates the security and operations of the online systems. Web companies that are teaming up with Atlantic City casinos had until July 29 to file for a formal New Jersey internet gaming license.

On July 1 Trump Taj Mahal announced its partnership with Ultimate Gaming, which launched the first legal U.S. poker site in Nevada in April. Two days later, in an unexpected move, Resorts announced a partnership with PokerStars, the controversial company recently thwarted in its attempt to take over the Atlantic Club Casino Hotel. That was followed a few days later by an announcement from Trump Plaza, which will partner with Betfair, and Tropicana, which will team up with Gamesys.

“We are excited to be entering into an agreement with Trump Taj Mahal Associates to bring online gaming to New Jersey,” said Tom Breitling, chairman of Ultimate Gaming. “This represents a huge step forward in our desire to offer Americans across the nation the opportunity to enjoy safe and regulated online games.”

The partnership does not extend to the Taj Mahal’s sister property, Trump Plaza, which has conducted negotiations on its own. The struggling casino had reached a $20 million buy-out deal with the Meruelo Group in March, only to see the deal collapse a month later. Trump Entertainment is actively trying to sell the Plaza, which came in last in terms of gaming revenue for 2012. The Plaza will now partner with Betfair, a U.K.-based betting exchange company that operates online casino software through GameAccount and poker through Ongame. Betfair also owns TVG, which is an online horse-betting company in the United States. TVG is licensed in New Jersey to operate exchange wagering on horses.

Since the beginning of the year, PokerStars has been trying to buy the Atlantic Club, another struggling Atlantic City property looking to tap into the potentially lucrative online gaming market. In April, the casino terminated a $15 million purchase agreement with PokerStars because the online gaming giant did not meet a licensing deadline.

After the Rational Group, PokerStars’ parent company, paid the casino $11 million to help it survive the winter, the court decided the Atlantic Club was within its rights to terminate the deal under the existing contract, and seek a new buyer. PokerStars appealed the decision, but lost the case just days before the partnership with Resorts was announced. Based on the timing, PokerStars was most likely negotiating with Resorts even as it attempted to keep the Atlantic Club deal alive.

Another online relationship involves Tropicana with Gamesys, the company behind the first real-money casino games on Facebook. Those games—Bingo and Slots Frenzy—are only available to U.K. residents. A popular game provider in Europe, Gamesys has had experience with other U.S. gaming companies, most notably Caesars Entertainment, for which they helped launch CaesarsCasino.com. The new partnership will help them break ground in New Jersey later this year, where they can offer a full array of their gambling products to online players.

Other partnerships that have been previously announced include the Golden Nugget, which will team with Bally Technologies. Bally, best known for its casino systems and slot machines, is one of the few U.S.-based companies to provide online services to a casino in New Jersey.

Under provisions in the state’s internet gaming bill, land-based casinos in Atlantic City are free to partner with foreign-based firms. Both Caesars Entertainment Corp. and the Borgata Casino Hotel & Spa have teamed with experienced U.K. online operators.

Caesars, which owns four properties in Atlantic City and remains the world’s largest casino company, previously announced it is partnering with the Gibraltar-based 888 Holdings Plc to help it run its internet operation. Caesars will bring its popular World Series of Poker brand to the Boardwalk, mirroring its soon-to-be-released online gaming site in Nevada.

The Borgata is also teaming with a company based in Gibraltar, bwin.party Digital Entertainment Plc. The casino, owned by MGM Resorts International and Boyd Gaming Corp., will promote its games through the Borgata website and bwin’s PartyPoker, according to Boyd Vice President Bob Boughner.

Both bwin.party and 888 have strong positions in the European online gaming market, and will bring their technical know-how and gaming platforms to the table.