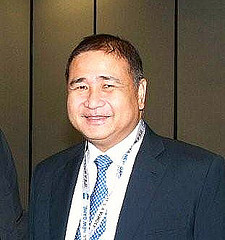 When President Benigno Aquino took office last year in the Philippines, he appointed his friend and confidant Cristino “Bong” Naguiat as chairman of the Philippine Amusement and Gaming Corp. (PAGCOR), with the tasks of cutting costs and increasing efficiencies in the state-owned gaming monopoly, as well as evaluating the procedures in place.

One of the procedures Naguiat instituted was setting financial goals for each of the organization’s 13 casinos and multiple slot parlors. Naguiat is apparently serious about hitting those numbers, because last month he stripped half of the annual bonuses of PAGCOR property executives if they didn’t reach those goals. The goals included not only a revenue target but guidelines designed to reduce expenses and other costs.

The news was especially bad for Manila-area properties, which now compete against a property partially owned and operated by Malaysia’s Genting. Resorts World Manila quickly became the market leader in the huge metropolitan area when it opened two years ago with new slot machines, an open design and non-gaming amenities.

And things are not likely to get better for the Manila-area PAGCOR casinos. An even larger gaming complex, the Belle Grande Manila Bay, will open by the end of the year in PAGCOR’s Entertainment City. Owned by a consortium of Philippine companies, the property will open with 1,500 slot machines and 300 table games, as well as a 100-room hotel, which will eventually expand to 800 rooms.

The Belle will be the first of at least four casinos set to be built at Entertainment City. A second, owned by Japan’s Aruze Corp., should open some time next year.

PAGCOR licenses other casinos as long as they pay a 25 percent tax to the government-owned company.

Last year, Naguiat suggested that PAGCOR may be sold to a private interest, and the increasing competition from non-PAGCOR-owned casinos may accelerate that plan.