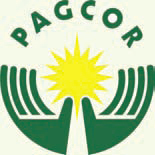 An official with the Philippine Amusement and Gaming Corp. says the state-run gaming regulator will limit offshore licenses to 50 until it is certain that “the increase in players is not overtaking the demand,” reported the Philippine Star.

“We need to evaluate first if the industry is already oversaturated,” said Jose Tria Jr., assistant vice president of PAGCOR’s Offshore Gaming Licensing Department. He added that the cap could be adjusted at any time.

“It depends on the evaluation. The saturation of the market can be seen in the audit system. If the income of each operator goes down from the previously reported, this means there are too many operators,” Tria said. “They are just dividing between themselves instead of increasing it. That means it’s already saturated.”

Philippine Offshore Gaming Operators, known as POGOs, will offer online games and sports betting to overseas players. So far, the Star reported, 42 licenses have been issued.

PAGCOR predicts the industry will generate around P6 billion (US$121 million) in online gaming taxes.