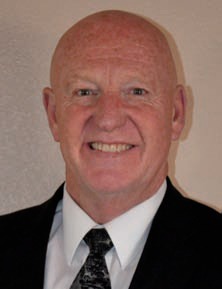 In recent years, gaming executives and advisers challenged regulators to reform gaming regulations which they believed were obsolete. In particular, these challenges focused on the extensive licensing investigations conducted by many jurisdictions. Critics charge that these in-depth investigations of financial and background activity—once designed to eliminate organized crime influence—are now outdated, as many gaming industry investors are publicly traded companies, Wall Street firms or institutional investors.

It should be noted that that these comments have been made during a time when we have experienced some of the largest incidents of fraud and corruption in our country’s history.

Executives and advisers express concern regarding time delays caused by extensive investigations. Time is lost preparing lengthy applications, providing the extensive documentation requested, and preparing detailed answers to resolve investigators’ concerns. This process can take many months to complete, which creates long delays in opening a resort or gaining approval for a new gaming device.

The issue is exacerbated if applicants seek approval in multiple jurisdictions, each of which conducts its own investigation. This can create additional delays if the required application materials and investigative processes are inconsistent from one jurisdiction to another.

These are all understandable concerns which should be considered by regulators and addressed where possible. Conversely, there are several concerns which argue for a strong regulatory approach and extensive licensing investigations.

Even with the growth of the gaming industry in this country, legalized gambling has been a controversial issue for many people. Texas is in this spotlight now, as legislators consider legalized gambling in that state. Legislators there face the same issues other states have faced as they consider how to regulate gaming and how to protect their state from unsuitable and corrupt influences. Texas may follow other states, which have addressed these concerns by developing a strong regulatory system led by in-depth licensing investigations.

First, the in-depth investigation is the most effective way to verify that applicants are suitable to receive a gaming license.

At the heart of strong regulation is the concept that a gaming license is a revocable privilege. This places the burden on each applicant to demonstrate they are suitable to receive a license. A strong licensing investigative process becomes the front-line defense necessary to verify applicant suitability and exclude corrupt influences from the industry.

Regulators are also concerned that substantial cash flows generated by gaming operations attract both suitable and unsuitable operators. History is a good teacher that cash flow and weak regulation can create a “perfect storm” attracting criminal and corrupt influences.

Through in-depth investigations, applicants are required to make extensive disclosures of personal history and financial information. Investigators carefully examine financial activity and research background history to discover criminal information, suitability of funding, business competency and probity, unsuitable associates, or other issues which may disqualify the applicant.

The complexity of current gaming applications is another concern. The increasing complexity of financing and ownership structures has made the identification of fraudulent or corrupt practices more challenging. The difficulties are exacerbated as foreign applicants enter our gaming markets. Because of differences in laws and cultures, it is much more difficult to effectively investigate foreign applicants and determine suitability. Investigators encounter difficulties accessing information and getting full cooperation from the applicants. Additionally, foreign environments frequently allow business practices which are unacceptable in our jurisdictions. An extensive investigation is necessary to identify and analyze these issues.

In my 28 years of experience as a Nevada regulator, I have seen repeated examples where the in-depth examination of financial and background information was necessary to identify unsuitable activities and associates.

So, we come back to the original question: Are these extensive investigations still required?

A fair answer is that the licensing investigative process must be regularly reviewed and updated. States have already responded to this challenge. Laws are being changed and procedures adjusted to reduce the investigative burden where appropriate.