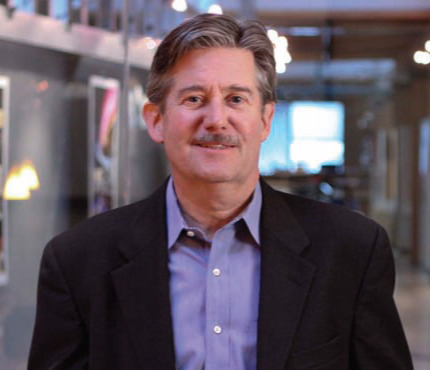 Thomas Hoskens, vice president of the Minneapolis-based international architecture firm Cuningham Group, has been designing casinos and destination resorts for more than 30 years. This year, he’s serving as the lead architect on one of the largest gaming projects under construction in the nation—the four-year, 0 million renovation of Harrah’s Cherokee Casino Resort in North Carolina.

Like every Cuningham project, Harrah’s Cherokee Casino tells a story—the story of a metaphorical walk through the Great Smoky Mountains that will begin on the outside and unfold as visitors stroll along. In fact, “Every building tells a story” is the Cuningham philosophy.

“Each building is individual and embodies the client,” Hoskens explains. “If you do it right, it has a soul that can live only in that particular place.”

For example, he notes, Native American casinos frequently draw on a tribe’s culture, from sacred places to basket patterns.

“For a project we worked on in Las Vegas, we pulled from the desert, the rock, the history of the area,” Hoskens says. “I can create metaphors from anywhere. That’s the exciting and fun part of telling the story.”

Hoskens’ own story involves growing up on a farm near Green Bay, Wisconsin, where he excelled in woodworking and illustration in high school. That led to degrees in architecture and construction technology from the Universities of Minnesota and Wisconsin, respectively. Early in his career he worked on retail spaces, which “draw people in and through, quite similar to the concept of how you design the inner workings of a casino, creating a very exciting path and changing the theme along the way,” he says.

“We had been working there 20 years and then Hurricane Katrina came along,” he says. “Our client Palace Casino in Biloxi was the first to return with 70,000 square feet of new construction and a 40,000-square-foot renovation. It’s fun to be part of something coming back.”

Talk about fun—Cuningham Group’s design for the breathtaking Isleta Casino & Resort Hotel in Albuquerque is a great example of the provocative and playful designs the company enjoys.

“What can I say? We have a great team of designers, 150 people in five locations in the U.S. and Asia,” Hoskens says. “I truly have to compliment them. They come up with great stuff.”

Looking ahead, Hoskens is “very bullish” on the casino industry.

“Right now we’re looking at the best construction values we’ve seen in 10 years,” he notes. “The smart developers and owners are starting to get their plans together. I think 2012 will be huge to get new casino projects going.”

And many of those projects are certain to encompass “a complete resort experience,” Hoskens says. “It’s not just slot machines and a good restaurant anymore. Like theme parks, casino resorts today have to offer attraction after attraction to keep the excitement level up, to create the wows, to offer something unique and special to get people there and keep them there, and give them a special break from reality.”