From cultural conservatism to permissive next-door neighbor: Is this the new Canada? 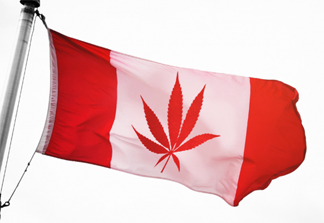 Canada has long been seen as the conservative cousin of the U.S., staid and dull. This view was best exemplified in the 1980s when New Republic Editor Michael Kinsley said the most boring newspaper headline in world history would be “Worthwhile Canadian Initiative.”

In the last few years, however, Canadian Prime Minister Justin Trudeau has moved forward with the legalization of cannabis, and in recent weeks Ontario Premier Doug Ford has indicated a possible major shift on gaming and alcohol policy.

Is Canada experiencing a reputational shift? Let’s look at key highlights of the Ontario budget, with its overarching theme of trusting adult consumers to make responsible choices in their indulgences.

The budget suggests that the Ontario government intends to establish a competitive market for online gaming. This would ensure that players in Canada’s largest province have access to safe gambling options. To carry out this mandate, the province will consult with key stakeholders to develop a market that reflects consumer choice while creating an exciting gaming experience.

The monopoly mandated by Canada’s criminal code only permits provincial governments to “conduct and manage” gaming. Private operators cannot be licensed to offer casino-style games or sports betting except as service providers under contract to the government. The budget is therefore likely considering a request-for-proposal model for operators when it refers to a “competitive online gambling regime.”

According to this model, the province would maintain control over selected licensees carrying out the various offerings and would ultimately conduct and manage the offering. Absent amendments to the code, the Ontario government cannot provide an open market for private operators to apply for licensure to conduct and manage online gambling in the province.

In addition, the province has expressed its support of the legalization of single-event sports wagering and has asked the federal government to amend the code accordingly:

Ontario as adults by allowing them to bet on the outcome of a single sporting event. As consumer preferences continue to evolve, many Ontarians gamble using gray‐market websites. Today, Ontarians spend an estimated $500 million a year gambling online, with most of that money spent on illegal websites.

The proposed amendment is intended to level the playing field for Ontario in competing with the United States, in particular due to the recent legalization of single-event sports wagering throughout various states.

In an app-focused marketplace, people want convenience and choice. In the realm of alcohol sales in Ontario, convenience and choice are hard to come by compared to what is available in other provinces and in the U.S. In response, the budget proposes moving ahead with several alcohol-focused initiatives.

As well, Ontario intends to introduce the

In October 2018, Canada legalized recreational cannabis. The provinces have been challenged since that time by a national cannabis supply shortage from federally licensed producers. As a result, the illegal market remains and entrepreneurs are still restricted from venturing into the business of retail cannabis distribution.

Because the Ontario government chose a private-operator model rather than a government-run model, businesses of all sizes will eventually have the opportunity to compete in an open-market system. In response to the supply shortage, Ontario implemented a temporary limit of up to 25 retail store authorizations for storefront dispensaries. However, Ontario is committed towards moving to an open allocation of licenses to promote greater consumer choice and convenience.

When Ontario determines that the federal government can provide a more reliable supply, it will issue further retail store authorizations, including in municipalities with a population of less than 50,000 (which is currently prohibited) and in First Nation communities.

Ontario is also urging the federal government to ensure that First Nations communities have the financial support needed to successfully respond to the federal legalization of cannabis.

As we watch to see when and how all these measures come to pass, one thing is reasonably certain: in 2019, it’s much more difficult for our American cousins to describe “Worthwhile Canadian Initiatives” as boring.