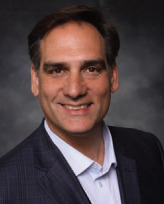 GGB: How hard is it to get a new table game out on the floor?

Bertolone: You’ve heard the expression, “Markets are efficient.” It’s truly survival of the fittest… The number of spots available on a casino floor is limited, by definition, by how much square footage a casino allots to table games.

If you know you can make a certain amount of money with free, public-domain blackjack, that’s what you’ll put on your floor. The table game director is responsible for the revenue generated out of his pit. He’s got to make more money than if he stuck a regular blackjack or roulette game out there. It all comes down to win per unit. That square footage has to make money and compete with blackjack, baccarat and roulette.

How many people bring you games in a given year?

We evaluate between 150 and 200 new games a year. But it’s very, very difficult to guess which is going to be successful. You can pick out certain metrics that will work—the math, the pay table, the hit frequency. A successful game has to have the right feel, which has to do with the math, the playability and simplicity of the game. We have a standard: if you can’t explain a game within 10 to 30 seconds, it’s probably not going to go anywhere, because it’s too complicated.

What happens when a game shows some promise?

Say you’re an inventor. You own a game, you have strong patents, you’ve tested and trialed it, and you know you’ve got something. The next hurdle is the commercial angle—whether you sell the game outright, or enter into a royalty deal with a distributor. You have to have realistic commercial expectations. It’s got to be a win-win. If you’re going through a distributor, for example, both sides have to make money. If you sell the game, you’ve got to sell it for a reasonable price.

What’s your definition of success?

When you talk about successful slot rollouts, you’re talking about tens of thousands of machines. For the first year of a table game’s life, if you can distribute 25 to 50 games, that is stellar performance. We’re trying to find games we can distribute out to 250 to 500 properties. That would be an incredibly successful game for any company in this space.

How long does a trial last?

In 30 to 90 days, you can see if a game is gaining traction. Unfortunately, there’s no science here. There are so many variables behind the success of a game and whether it catches on. We’ve had games that we put in one market that didn’t get any traction at all, then launched in another market and were successful.

We coined the term, “Slotify your table game.” We’re in the business of putting progressives on tables, so we believe there’s an ability to drive the operator’s coin-in through those technologies. But it’s tricky. There are many, many traditionalists out there who believe the pit is the pit, and they don’t want you to mess up the games with a bunch of extra technology. Are you able to maximize hands per hour if you have a bunch of bells and whistles going off on the table? Obviously, that has to be weighed against the house advantage and the hold on the table.

Technology allows you to put a little excitement in your pit, but it’s not the defining element. You still had to have good base games. Without that, people won’t play.