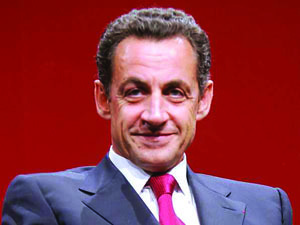 It was just six months ago that Petter Nylander, head of online betting firm Unibet, was arrested in the Netherlands on a French warrant, accused of breaching France’s monopoly laws regarding betting. Now, in a complete about-face, the French budget minister, Eric Woerth, has told Le Parisien that the online betting market could open up for a testing period within the next two years.

The move is said to come from the Sarkozy government. President Nicholas Sarkozy has previously indicated he is open to experimentation in the online betting market.

Under the as-yet unformulated plan, online betting companies would be licensed by the French authorities and be subject to the same rules and regulations as the current monopoly horse-race betting operator, Pari Mutuel Urbain, or PMU.

Online casinos and online poker rooms also could be licensed, but Woerth said that further study would be necessary first. At the moment, one area where online gaming is not expected to make much progress is in online slot machines. Woerth said this form of gaming is considered too addictive.

According to a report at Online Casinos.com, the new French system for online betting could be developed in cooperation with other E.U. member states in similar legal positions regarding Brussels. A steering committee is looking at the situation.

Meanwhile, the Copenhagen Post reports that Denmark may also be ready to explore a new future for online betting.

Denmark has already been the target of an E.U. lawsuit over the monopoly of its national games provider, Danske Spil. Faced with the prospect of losing the suit-and the fact Danish players will continue to seek out alternative online providers anyway-the reality of the situation is beginning to set in.

Anders Samuelsen, a legislator who belongs to the political party New Alliance, which supports an open-market policy, believes the important thing now is for the government to be able to count on revenue from betting in the future.

“We must be able to guarantee that the money is still available,” said Samuelsen. “And by selling licenses to international gaming companies, a new source of income will be established.”