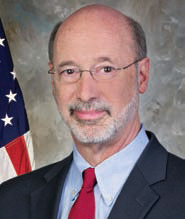 As usual, Pennsylvania entered the new fiscal year without a state budget and nothing certain on whether a major expansion of gaming will be approved as part of it.

The possibility of Pennsylvania legalizing online gaming to help plug a $1 billion shortfall in the proposed $31.5 billion spending package seemed very real as June drew to a close with passage in the House of Representatives of a bill that would also regulate daily fantasy sports and allow the state’s casinos to open satellite machine gaming facilities statewide.

In the end, the legislature passed a bill that had some pluses and minuses for gaming. It included $100 million in revenue from iGaming (mostly from licensing fees in the first year), but didn’t pass a bill that would actually legalize the activity. That important decision will be put off until the fall.

Governor Tom Wolf is expected to sign the bill, which will set up a showdown in the next session of the legislature.

There is also opposition to online gambling, mainly from Sands Bethlehem, one of the state’s largest and most successful casinos whose ownership, Las Vegas Sands, is the sector’s most vocal enemy from within the industry.

Sands Bethlehem President and CEO Mark Juliano told GGB that his company will continue to oppose the introduction of online gaming in Pennsylvania during the fall session of the legislature.