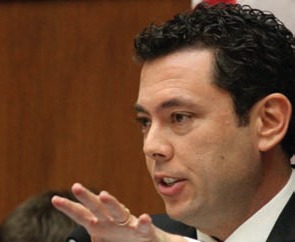 Utah Republican Congressman Jason Chaffetz has revived his bill to ban online gaming in the U.S. by reintroducing it to Congress.

The Restoration of America’s Wire Act bill is heavily backed by Las Vegas Sands Chairman Sheldon Adelson. The measure would reverse a 2011 Justice Department decision that allowed for intrastate online gambling with the exception of sports betting.

Chaffetz called the Justice Department’s action “a massive policy change without debate or input from the people or their representatives,” and noted that 15 state attorneys general—as well as Guam’s attorney general—have asked Congress to act on online gambling.

The bill is seen as coming from Adelson, who has personally financed a drive to ban online gambling through his Coalition to Stop Online Gambling. The bill floundered in Congress for most of last year.

Chaffetz, however, told the Las Vegas Review Journal he thinks the bill can pass in the new Congress.

“I am very optimistic this legislation can pass,” Chaffetz said.

He also told the paper that he has received “some pretty good indications from leadership this is something that will hopefully be brought up sooner rather than later.”

Chaffetz, who is chairman of the House Oversight and Government Reform Committee, said he intends to give the bill a “full push,” and is considering holding hearings on how the online gaming industry is targeting children.

He also acknowledged that Adelson is a backer of the bill.

“He is an active player,” Chaffetz said. “I’m glad he is supporting our bill. You have active people on both sides of this issue. There is a lot on the line, and I’m glad he agrees with me on this one.”

Seven other congressmen joined Chaffetz in reintroducing the bill, including six Republicans and one Democrat, Rep. Tulsi Gabbard of Hawaii.

According to reports, Senator Lindsey Graham’s office has confirmed that the South Carolina Republican also intends to reintroduce his companion version of the bill in the Senate, but a timetable was unclear.

The reintroduction immediately brought out opposition to the bill and reignited the debate over online gambling.

The bill is opposed by some powerful groups as well, including Caesars Entertainment, MGM Resorts and lawmakers advocating states’ rights.

The MGM-backed Coalition for Consumer and Online Protection issued a statement saying that the bill would put consumers at risk by pushing online gambling further into the shadows. The coalition noted that three states—New Jersey, Nevada and Delaware—have implemented online gaming for more than a year without any reported incident of underage or illegal gambling.

“The Coalition for Consumer and Online Protection welcomes a clear and transparent debate of this issue,” the group said in a press release. “We know that when policymakers examine the facts they will conclude that an online gaming ban will not only drive an existing black market further into the shadows, but will put consumers and children at even greater risk.”