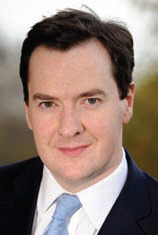 During British Chancellor George Osborne’s budget speech, it was announced that online gambling operators licensed in the U.K. will be taxed on “free bet” offers starting in 2017.

If approved, the 15 percent tax would go into effect in August 2017. Free bets were not included in the country’s recently revamped online tax laws, and the move would affect operators who use free spins and bonus credits to attract customers.

Osborne, however, did not address fixed-odds betting terminals, which have drawn controversy in the U.K. Osborne did not mention any newly proposed regulations on the terminals.

Also in the budget, gross gaming yield bands for gaming duty for U.K. casino operators are set to be increased for accounting periods starting on or after April 1.

Specific increases weren’t named, but will be included in the Finance Bill 2016 and will be in line with the retail price index for accounting periods starting on or after April 1, officials said.